High Court approves compensation of up to €25,000 for tracker mortgage customers 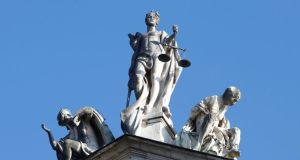 The High Court has approved an arrangement that will see six PTSB mortgage customers be awarded up to €25,000 in compensation. Photograph: Reuters/Michaela Rehle

An arrangement for payment of compensation to several bankrupt people in relation to tracker mortgages they held with Permanent TSB has been approved by the High Court.

The arrangement, approved on Monday by Ms Justice Caroline Costello, will see amounts of up to €25,000 paid by the lender to some of six individuals previously adjudicated bankrupts by the court.

The office will distribute the 30 per cent share to the bankrupts’ creditors.

The arrangement was brought about following negotiations involving parties including PTSB, Mr Lehane, solicitors and the Irish Mortgage Holders’ Association and New Beginnings groups on behalf of the bankrupts.

That admission followed an investigation by the Central Bank which ordered PTSB to put in place a redress scheme.

The bank said it would compensate clients, return them to trackers and refund them under a scheme called PTSB’s Mortgage Redress Programme. About 1,400 property owners were affected.