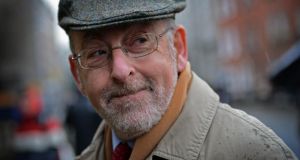 
Senior figures from global finance and the European institutions are meeting behind closed doors in Dublin today ahead of two days of talks between European finance ministers and central bank governors.

While the official talking begins at breakfast time tomorrow in Dublin Castle, up to 250 figures from the world of international finance are gathering this morning at the Four Seasons Hotel in Ballsbridge to discuss the state of play in the euro zone and the banking sector.

All major corporate members of the body are expected to attend, as are public members such as the European Investment Bank. Ranking figures from the Organisation for Economic Cooperation and Development are also expected.

Speakers at the meeting today include Minister for Finance Michael Noonan, host of the Dublin Castle talks, as well as Central Bank governor Patrick Honohan and Department of Finance secretary general John Moran.

Other notable attendees include European Central Bank executive board member Benoît Cœuré and British MEP Sharon Bowles, chairwoman of the powerful economic and monetary affairs committee of the European Parliament.

The Eurofi secretary general Didier Cahen declined this week to release the programme.

“I regret to inform you that the Eurofi High Level Seminar 2013, organised in association with the Irish presidency of the Council of the EU, is by invitation only and reserved to Eurofi members and public authorities,” he said in an email to The Irish Times . “On this occasion the event is not open to the press, TV, media, etc . . . We hope to welcome you on another occasion.”

On its website, Eurofi describes such seminars as an opportunity to “facilitate exchanges of views on regulatory issues between the members of Eurofi and key public decision makers”.

The body also organises an annual public international forum “gathering together industry leaders and EU and non-EU public decision makers for high level discussions on the major regulatory projects in the financial area, as well as informal networking”.

Although it is not publicly available, the agenda for the Eurofi meeting today is said to mirror the talks between ministers and central bank governors.

Items for discussion include the push to create a European “banking union” and new bank capital requirements.

1 Should my mam wait for house prices to drop before buying?
2 Cheers: Conor McGregor's whiskey races up the sales chart
3 Coronavirus: Big majority ‘uncomfortable’ returning to everyday activities
4 Why we’re about to learn if we are really in the A-team
5 Dublin drops out of top 50 in ranking of best cities for start-ups
6 ‘I’m so lucky to be in the Caribbean – a million miles from Derry Girls’
7 ‘I have a talent for justifying purchases’
8 Chris Johns: Past is another country when it comes to our post-pandemic future
9 US ‘hard seltzer’ drink White Claw launches in Ireland
10 McCanns’ Balmoral sees property value hit from Covid-19
Real news has value SUBSCRIBE