Revenue warns firms over sale of loans to vulture funds 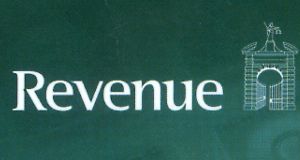 Companies whose loans are sold on to non-bank purchasers may not know they are liable for withholding tax.

Small Irish firms whose loans have been sold to foreign “vulture funds” may face millions of euro in tax charges and penalties from Revenue.

This comes after it was discovered that the acquisition of distressed loan books, typically by special purpose vehicles (SPVs), can trigger a demand for withholding tax on the interest paid on individual loans, for which the borrower is liable.

Companies must generally deduct 20 per cent tax on payment of interest under Irish law.

However, as most small and medium enterprises (SMEs) borrow from banks, a type of lending to which withholding tax does not apply, they and their advisers may be unfamiliar with the liability that arises once loans are sold to purchasers that are not banks.

The onus falls on the borrower to withhold the interest. This means that those SMEs whose loans were sold on by banks are potentially at risk for additional interest to cover the new tax liability, along with penalties if the tax is not paid on time because they are not aware it is due.

Moreover, it is possible that the issue could become known only after many years, either through a Revenue audit or when due diligence is being done for a possible sale and at a point when the SPV has likely been liquidated.

While borrowers may be in the dark about the additional liabilities, it is also possible that foreign funds that have acquired the loans may be unaware of the issue. SPVs tend to choose to be treated as Section 110 companies to achieve a neutral tax position, and therefore would not expect the tax to apply.

A further complication arises for SMEs if they contact Revenue to find out if the fund that has their loan is a Section 110 company or not, as Revenue cannot confirm this for reasons of confidentiality.

Aisling Donohue, a tax partner at MG Partners who highlighted the issue, said the problem has arisen due to a “combination of bad tax laws and unfairly worded contracts”.

She said it was highly unlikely that Revenue would pursue individual borrowers for tax and penalties, but added that SMEs could have difficulties if they tried to sell their business.

“An adviser doing diligence could flag this as an issue and say the SME was exposed to possible interest and penalties, and this would mean the company was worth a lot less,” she said.

One solution for an SME worried it may have additional tax liabilities is to write to Revenue and ask it to invoke a provision whereby it can pay interest gross to a non-banking entity.

Ms Donohue, who stressed that the issue is limited to companies and not individuals, said she hoped the Finance Bill would clarify the scope of the Section 110 exemption from withholding tax.

Gerry Howard, assistant secretary in the business taxes policy and legislation division of the Revenue Commissioners, said the body was aware of the issue.

“This is a relatively new situation that has arisen and we are working on resolving it . . .Up to recently, these loans would have normally been held by the banks and so there was no issue about deducting the interest. But this has changed, so we’re looking at coming up with a broad solution,” he said.

Mr Howard advised businesses to contact Revenue to ask if they could invoke the provision to pay interest gross.

“I would say there is no need for panic as there is a long-established procedure in place in the legislation and the only issue is to establish whether the SPV a company is paying to is a Section 110 company,” he said.