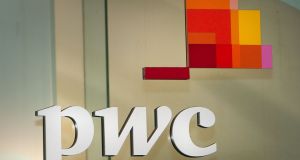 PwC is being sued for a record $5.5 billion (€4.9bn) for failing to detect fraud that led to a bank collapse during the global financial crisis, in a case that could bring more auditing firms into the line of fire.

Since the financial crisis, banks have paid out hundreds of billions of dollars in settlements while other services companies, such as credit rating agencies, have had to dig deep for payouts. But there have only been a handful of significant cases involving audit firms, which have argued they cannot be held liable for missing signs of fraud.

The case – the biggest against an auditing firm – has been filed in a Miami state court on behalf of a trustee of Taylor, Bean & Whitaker, a defunct mortgage underwriter. It accuses PwC of failing to catch a multibillion-dollar conspiracy between Lee Farkas, the company’s founder, and executives at Colonial Bank, an Alabama-based lender that supplied TBW with loans.

PwC gave the bank’s parent, Colonial BancGroup, a clean audit opinion every year from 2002 to 2008. Colonial collapsed in 2009, becoming the sixth-largest US bank failure in history.

According to TBW’s trustee, PwC certified the existence of more than $1 billion of Colonial Bank assets that did not exist, that had been sold or were worthless. Steven Thomas, lead trial lawyer for the trustee, described the case as “particularly egregious” given that Dennis Nally, who retired last month after eight years as PwC’s global chairman, told the Wall Street Journal in 2007 that the “audit profession has always had a responsibility for the detection of fraud”.

“They then come into court, telling a jury just the opposite,” said Mr Thomas. “It’s just not right.”

Lawyers for PwC, the world’s biggest professional services firm with $35 billion in group revenues for the year to June 2015, argued last week in opening statements that the firm had no relationship with TBW and never audited the company nor had access to its records.

They also pointed out that Deloitte & Touche, which did audit TBW for the seven years leading up to its collapse, never uncovered any wrongdoing. Deloitte reached confidential settlements with the trustee in 2013 to settle three lawsuits.

Election proposals may make the housing crisis worse 07:36
Tesco UK moves to scrap 350m tonnes of plastic per year 07:26
Asian shares hold ground as China virus fears persist 07:19
Dear prudence, Thunberg vs Trump and patience is a virtue 06:41
Overlooking the virtue of patience in business comes at a cost 05:30