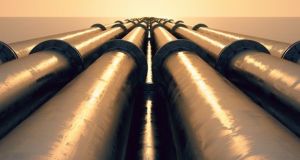 Worldview, a 29 per cent shareholder, has been in dispute with the board of Petroceltic for more than 18 months during which it sought to take over control of the company a number of times.

Petroceltic International says it is taking legal advice in relation to a surprise attempt by Worldview Capital, a dissident shareholder with a 29 per cent stake, to appoint an examiner to the exploration company.

Worldview on Friday brought a High Court petition aimed at securing court protection for Petroceltic, which owes about $230 million to its banks and is currently unable to make its repayments.

Worldview is seeking the appointment of of high-profile Grant Thornton accountant Michael McAteer as an examiner to the exploration company. The matter is due to come back before the High Court for hearing on April 4th.

Worldview’s bid to put the future of the company in the hands of an examiner is being viewed as an attempt to up the ante in its long-running row with Petroceltic’s board and management, which it has repeatedly tried to oust. Worldview has been in a bitter dispute with the company for more than 18 months over governance and strategy.

Petroceltic and its chief executive, Brian O’Cathain, have previously rejected Worldview’s criticisms and accused it of trying to take control of the company and its prime asset, an Algerian gas field, on the cheap.

The examinership move also comes in the wake of Worldview’s offer to buy the company for a cut-price 3p per share, valuing it at just £6.42 million. The shares closed on the London Stock Exchange on Friday at 7.5p.

Earlier on Friday, Skye Investments, the investment vehicle headed by Petroceltic chairman Robert Adair, which owns a 19 per cent shareholding in the exploration company, said the latest takeover offer from Worldview undervalued the company and it would reject it.

This effectively scuppered the bid, as the offer required 90 per cent acceptance to succeed.

In its petition, Worldview says, as a minority shareholder, it does not generally have access to any information or documents relating to Petroceltic other than publicly available information but it believes the information relied upon in the petition was true and accurate.

Worldview claims that Petroceltic remains in an “extremely uncertain position” relating to its bank facilities and its ability to continue as a going concern absent court protection.

Based on an independent expert’s report, Worldview says it believes Petroceltic and related companies have a viable future as a going concern subject to certain conditions. These include securing court protection, approval of a scheme of arrangement, investor funding, cost-cutting measures and the farming out, or disposal of, non-core assets.

In addition to Worldview’s own offer to acquire the group and support it through a period of court protection and examinership, there are other willing investors that have expressed an interest in acquiring the group as a going concern, Worldview claims.

1 Bank leaked my loan request to family who tried to rip me off
2 Ryanair and Aer Lingus monitor impact of coronavirus on travel to Italy
3 Hotels outside Dublin hardest hit by tourism slowdown
4 How can I view my dead brother’s will if I’m not the executor?
5 Mastercard to create 1,200 new jobs by expanding base in Dublin
6 Barclays scraps system monitoring how long staff spent at desks
7 Ires hires contractor to build more than 60 apartments close to Croke Park
8 ‘It is the environment that is really changing how we spend’
9 Google completes purchase of Treasury Building for €120m
10 ESB called out for ‘contributing to human rights violations’
Real news has value SUBSCRIBE