Northern Trust may move EU subsidiary to Ireland over Brexit

Chicago-based group with $6.7 trillion of assets under custody currently employs over 1,000 people here 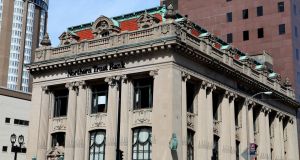 Chicago-based financial services group Northern Trust has flagged the possibility of setting up a full European Union subsidiary in Ireland as it works on plans to deal with the impact of Brexit.

Chicago-based financial services group Northern Trust has flagged the possibility of setting up a full European Union subsidiary in Ireland as it works on plans to deal with the impact of Brexit.

Northern Trust, which has had a presence in Ireland since 1989, currently employs more than 1,000 between its offices in Dublin and Limerick, mainly in asset and fund administration. The overall group had $6.7 trillion (€6.1 billion) of assets under custody as of the end of September.

“While there’s a great deal of uncertainty on the UK exit, we have formulated plans to establish a full subsidiary in the EU,” Northern Trust’s chief financial officer Biff Bowman told analysts this week.

“We have a meaningful presence in Ireland, in Luxembourg, and several other locations today. And we will evaluate all of those for where the optimal location is for us. We are actively engaging in that planning right now.”

According to Northern Trust’s so-called living will, filed with the Federal Reserve in the US, the group currently lists two London-based units as its only “material entities” in Europe: The Northern Trust Company (TNTC), London Branch, and Northern Trust Management Services Ltd, an indirect subsidiary TNTC.

The Central Bank and IDA Ireland have been dealing with a growing number of enquiries since the UK referendum from financial firms that have used London as their main gateway to Europe. The fear is that the UK will lose passporting rights to the EU if it proceeds with a “hard Brexit”.

Concerns expressed, however, by some in Ireland’s financial services industry that State officials may be reticent about openly courting London-based institutions, given political sensitivities between both countries, particularly over the Northern Ireland border.

“It is vital that we identify and seize the opportunities for Ireland and Irish business in a post-Brexit environment,” John Cronin, partner and head of the Brexit group at McCann Fitzgerald, said at an event in Dublin on Thursday.

“Others will not stand back: Germany, France, Luxembourg, the Netherlands and Poland are already looking for business that might be thinking of Ireland as a location.”

Mr Cronin added: “A key question to ask when discussing the impact of Brexit on Ireland’s financial services sector is, what is the appetite and ambition of Ireland and the Irish regulator to attract and facilitate new financial services in Ireland?”

While others have said that the Central Bank, chastened by shortcomings during the domestic financial crisis, may now be overly cautious about taking on new business, the regulator has insisted that it will engage, but expect any company moving operations to have a “substantive” presence in the country.

IDA Ireland’s head of international financial services Kieran Donoghue recently told The Irish Times that while Ireland its taking a more low-key approach in talks with UK firms than others, it has not been reticent about exploring opportunities.