M&A bankers are partying this Christmas, but doing it discreetly 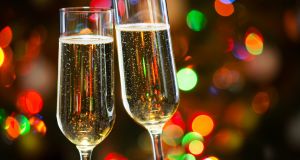 Senior bankers are said to be paying for the champagne this year. Image: Thinkstock

Bankers are celebrating the biggest year on record for mergers and acquisitions with magnums of champagne and slap-up dinners: just don’t expect to read about it on Facebook.

Conscious of the poor optics of partying while their trader colleagues are facing either the axe or a drop in bonus and fearful of a public backlash if they revive the opulent end-of-year festivities of the pre-crisis era, senior M&A bankers are either hosting parties at home or holding discreet team soirees at up-market restaurants and clubs.

Such is the level of paranoia about photographs of bankers appearing in high spirits on social media that in Hong Kong some are surrendering their mobile phones at the entrance to the club.

The sense of corporate restraint is replicated on Wall Street and in the City of London.

“There is still caution amongst the big banks to show they are not entertaining lavishly,” said Ruth Lawton-Owen, director at British luxury event planner, The Admirable Crichton.

M&A has been the big outperformer for investment banks this year with some $4.5 trillion (€4.2 trillion) worth of deals signed so far, close to the annual economic output of Japan, and a 43 per cent increase on last year.

But big bank-sponsored bashes are not being held to celebrate.

Instead, senior bankers are paying for dinners. Partners at one US bank in London forked out £1,000 (€1,377) each and managing directors paid £500 towards a party at a swanky venue.

Alternatively, bankers are inviting the troops, and their significant others, to their residences in London’s Chelsea or genteel Westchester county, north of New York city, for catered parties.

The alternative can be pretty sparse.

Swiss bank UBS is giving its staff a budget of 50 Swiss francs (€46) a head for a night out, with some teams opting for bowling and a “cheap and cheerful” meal. The bank declined to comment.

Britain’s Barclays, which is midway through a cost-cutting plan that will see 19,000 jobs axed, stopped doing large-scale Christmas parties some years ago. Colleagues are encouraged instead to go for low-key lunches or dinners within their teams.

At the privately owned boutique investment banks, which have been muscling in on the M&A surge, company-wide splurges are still common.

Perella Weinberg, for instance, had a firm-wide party at New York’s famed Plaza Hotel. The bank declined to comment on the celebrations.

With the rout in energy markets sending firms to the wall, business has been booming at finance houses that advise companies in financial distress.

Houlihan Lokey, one of the top restructuring advisory firms, had its festive party at Cipriani, famed as the home of the Bellini, on Wall Street. The bank declined to comment.

For traders and M&A bankers hankering after the good old days of free-flowing champagne and five-course festive dinners on the company dime, a switch into wealth management might be in order.

As banks are increasingly turning to managing the assets of the super-wealthy to compensate for their loss of trading revenues, so the budgets for entertaining clients have gone up.