Integration of Irish Life with Canada Life on track 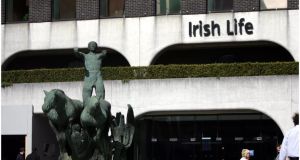 Great-West Lifeco is ahead of schedule with its integration of Canada Life and Irish Life. Photograph: Bryan O’Brien/The Irish Times

Canada’s Great-West Lifeco is ahead of schedule with its integration of Canada Life and Irish Life and expects to generate cost savings “worth a few million” euro more than the €40 million that had been targeted, Irish Life chief executive Bill Kyle said yesterday.

Mr Kyle said there was one more IT systems conversion still to be completed as part of the integration of the businesses, which is due to be completed by April. Of the nine integrations in which Mr Kyle has been involved with the Canadian investment group during his career, the Irish one has “been by far the smoothest”.

He said sales here had exceeded budget targets by 30 per cent and the company has “picked up market share”.

Great-West Lifeco has invested €60 million in its Irish operations since the Irish Life acquisition. This included €12 million in its Abbey Street campus in Dublin, where an additional 700 staff are now.

In total, Great-West Lifeco employs 2,785 staff across its entities in Ireland, which includes Canada Life Europe and its German business.

Separately, Irish Life stressed the need for Ireland to tackle its growing pension problem. It noted that the public sector pension deficit amounts to €116 million while the state pension scheme has a €324 billion deficit. In addition, there is only 50 per cent pension coverage in the private sector.

“Irish Life would welcome the introduction of a universal pension model for Ireland,” Mr Kyle said. “Ireland’s existing defined-contribution pension infrastructure could be deployed to provide the foundation for an auto-enrolment pension regime.”