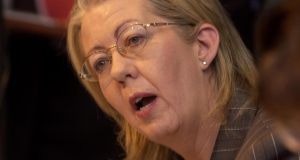 The insurance industry has remained so quiet about the proposed measures that its bête noire, Dorothea Dowling, best known as the chairwoman of the Motor Insurance Advisory Board, believes the industry may have a vested interest in seeing awards rise. Photograph: Matt Kavanagh

Here is an interesting question. Why are the insurance companies not up in arms at the Government’s plans to increase the size of awards that can be made by the Circuit and District Courts?

By the Government’s own admission the proposed measures will potentially increase insurance costs. The Department of Justice and Equality’s regulatory impact analysis of the legislation (see justice.ie) looks at this aspect of the Bill in detail and notes that, when the idea was last mooted in 2002, increased limits were not brought in due to concern about “the potential impact on the levels of awards, which could, among other things, lead to consequential increases in insurance costs”.

The analysis goes on to explore the counter-argument that legal costs should come down because more cases will be heard in the lower courts rather than the more expensive higher courts. This, the impact assessment notes, was a finding of the legal costs implementation advisory group in 2006. However, even at that point concerns continued to be raised that such a move could increase insurance costs arising from personal injuries cases, particularly for businesses.

The department’s regulatory impact analysis comes down marginally in favour of increasing the limits, saying they “should positively impact” legal costs generally for parties to litigation, while there was a “possible impact” on insurance costs. It is hardly a ringing endorsement, but the Government is in a tricky situation.

It is coming under pressure from the EU-IMF troika to deliver on some of the measures agreed under the bailout programme to cut legal costs, including implementing the recommendations of the legal costs working group.


Vested interest
You might have expected the insurance industry to wade into the debate on behalf of their customers, who will bear the costs should the measures backfire. But they have remained surprisingly quiet.

So quiet in fact that the industry’s bête noire, Dorothea Dowling, believes they may have a vested interest in seeing awards rise. Dowling is best known as the chairwoman of the Motor Insurance Advisory Board, whose drilldown into the workings of the insurance industry led to the establishment of the Personal Injuries Assessment Board (now the Injuries Board), which allows people to make claims without going through the courts.

The introduction of PIAB – in the face of opposition from the legal profession – has reduced legal and insurance costs. Dowling is now concerned that this could be undone. Raising the limits of what can be awarded in the lower courts creates an incentive for people to try their luck in these courts rather than go through the injuries board, which has its own established tariffs for awards. This could see some 24,000 extra litigation cases being launched, she suggests.

One would have thought the insurance industry would share her concerns, but apparently not. A clue to their complacency might lie in what happened in 1991, the last time the award limits for the lower courts were increased, she postulates.

On that occasion, the insurers were able to increase premiums ahead of the increases in claims, resulting in increased margins for the industry. According to the industry’s statutory returns, the cost of settling motor and liability claims rose from €368 million to €698 million a year between 1990 and 1999, while premium income rose from €425 million to €904 million. The gross margin thus went from €84 million to €206 million.

That would seem to answer the question.