IDA will move to capitalise on Brexit by luring new investment

Strategy should not be aggressive, one former IFSC grandee warns 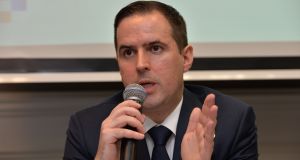 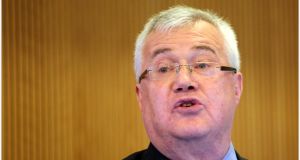 IDA Ireland, the State agency in charge of attracting foreign investment, has signalled it will look to capitalise on the British vote to quit the European Union.

“While not what we had hoped for - the situation may present opportunity for Ireland in attracting Foreign Direct Investment (FDI),” said Martin Shanahan, the agency’s chief executive.

IDA indicated it plans to hold talks with foreign investors to discuss the result and what it might mean for investment in this country.

“Now that there is certainty on the result, IDA Ireland will liaise directly with its 1,200-plus client companies and potential investors over the coming weeks in order to work with them on the implications of the vote,” said Mr Shanahan.

It has previously been suggested by the National Treasury Management Agency and others that this country could reap a reward from Brexit in terms of increased foreign investment, especially in the financial services sector.

“Ireland should engage responsibly but in a positive way with firms that may make a decision to move certain businesses from the UK,” said Willie Slattery, former head of investment services for Europe, the Middle East and Africa at State Street and one-time chairman of Financial Services Ireland. Mr Slattery is considered a former grandee of Dublin’s International Financial Services Centre.

“I wouldn’t be aggressively trying to take advantage of this situation.”

While Mr Slattery said he is not predicting whether international firms in London, such as banks, would relocate operations to Ireland, the National Treasury Management Agency has previously highlighted that the IFSC could win such business in the event of Brexit. Analysts have predicted, however, that any such trend could add to demand for office space in Dublin and the country’s chronic shortage of housing supply.

Earlier this week, Wall Street banking giant Morgan Stanley warned that it could move its European headquarters to Dublin or Frankfurt from London if the UK opted out of the 28-country bloc.

In December, Credit Suisse moved jobs from the British capital as it made Dublin its primary hub of servicing hedge funds in Europe.

It also emerged this week that a record number of British lawyers had been seeking Irish registration this year.

Citigroup turned Ireland into the legal base for its banking operations in Europe at the beginning of this year, although London remains the operational hub for its retail banking services on this side of the Atlantic.

Mr Slattery said it would be “crass” if Irish officials fought fiercely to lure business from the UK after the referendum.

“The UK is a good neighbour and the future of our economies’ are intertwined,” he said. “It was hugely supportive to Ireland during the financial crisis.”