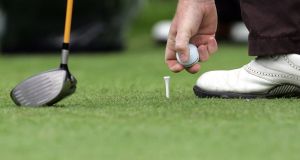 Premier Irish Golf Tours raised upwards of €100,000 on Linked Finance, and another loan of about the same size on a second peer-to-peer lending site, Grid Finance. Photograph: Inpho

An Garda Síochána are investigating a series of loans raised on peer-to-peer lending websites last year after a Co Kerry company closed its doors without repaying its six-figure debts.

Correspondence sent to the lenders on one of the sites, Linked Finance, shows that the Garda are investigating the company after a complaint by the website.

The communication to lenders, seen by The Irish Times, states that “following the drawdown of this loan agreement, the subsequent closure of the business and the absence of any co-operation from the borrower, Linked Finance made contact with An Garda Síochána. Linked Finance have been working with the authorities since July to validate the accuracy and authenticity of all statements and documentation provided by the borrower in support of this loan application.”

The company went on to confirm that it has made a statement to the gardaí. It is understood that Premier Irish Golf Tours raised upwards of €100,000 on the crowdfunding platform, and another loan of around the same size on a second peer-to-peer lending site, Grid Finance.

A source with knowledge of the investigation confirmed that it is at an advanced stage. The former chief executive of the company, David McMahon, is thought to have left Ireland some time last summer, and gardaí believe he is still overseas.

Mr McMahon did not respond to attempts to contact him on Wednesday.

Derek Butler, chief executive of Grid Finance, confirmed that his company had also made a statement to the Garda.

“Our normal recovery process is in operation. We have not been able to locate the individual in question, but we are attempting to do that through a range of measures,” Mr Butler said. “We have served proceedings on the company to try and recover the debt.”

A spokesman for Linked Finance said the company would not comment on individual cases, but pointed out that the rate of default on its platform is less than 1 per cent.

Crowdfunding is in its infancy in Ireland, accounting for less than 0.5 per cent of the SME funding market, compared to 12 per cent in the UK. However, it is unregulated, meaning that Central Bank codes of conduct and protections do not apply.

The Department of Finance announced in last year’s finance bill that it would be introducing a regulatory regime for crowdfunding.