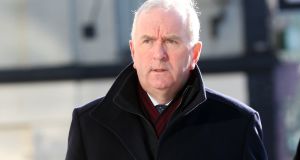 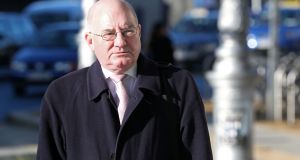 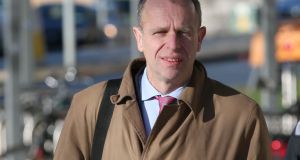 A former bonds portfolio manager with Anglo Irish Bank has told the trial of four senior banking executives that Anglo senior bonds “all paid off in full”.

Peter Geissel denied a suggestion from lawyers for Peter Fitzpatrick (63), former director of finance at Irish Life and Permanent (ILP), that the bonds issued by the bank in 2008 were ultimately worthless.

Mr Fitzpatrick, along with ILP’s former CEO Denis Casey (56), Anglo’s former Head of Finance Willie McAteer (65) and John Bowe (52), who had been Anglo’s head of capital markets are accused of conspiring to mislead investors by using interbank loans to make Anglo appear €7.2 billion more valuable than it was.

Mr McAteer of Greenrath, Tipperary, Co Tipperary; Mr Casey from Raheny, Dublin; Mr Fitzpatrick from Malahide, Dublin and John Bowe (52), from Glasnevin in Dublin have all pleaded not guilty at Dublin Circuit Criminal Court to conspiring together and with others to mislead investors through financial transactions to make the bank appear €7.2 billion more valuable than it was between March 1st and September 30th, 2008.

Mr Geissel, who was senior portfolio manager for Anglo from 2006, described his role in generating secured funding for the bank by taking the bank’s assets, customer loans and mortgages, and packaging them up into rated securities.

He said that in 2007 the bank had a €5 billion covered bonds programme in the UK with tranches of bonds sold to insurance firms, pension funds, asset managers and large banks in Germany and France.

He told Brendan Grehan SC, defending Mr Fitzpatrick, that these “covered bonds” were a form of secured funding, secured by the bank and were rated ‘AAA’ by the rating agencies at the time.

Mr Grehan put it to the witness that the owners of these were “senior bondholders” and these bonds were ultimately found to be worthless. Mr Geissel replied: “No, they certainly weren’t. They all paid off in full. The covered bonds were paid in full.”

Counsel asked him who paid them off and Mr Geissel said that Anglo did. He rejected the submission that the underlying value of the bonds was found not to exist.

Mr Grehan asked “There was no need for them to be bailed out for fifty or sixty billion?” and Mr Geissel replied “no, not in relation to the covered bonds”.

He said the covered bone were a form of secured funding and said that the Government bailout covered senior uncovered bonds or unsupported bonds.

1 Coronavirus: Irish holding back on holiday plans
2 Bank leaked my loan request to family who tried to rip me off
3 Eason acquires rival Dubray Books for undisclosed sum
4 BidX1 to offer more than 50 lots for auction today
5 Can I see my father’s previous wills?
6 Digicel’s earnings rise as it looks towards refinancing $1.3bn of bonds
7 Solar panels: Are they worth the investment?
8 Accumulated profits at David McWilliams’ media company hits €675,000
9 Battery bottleneck stalls electric car sales
10 Ryanair and Aer Lingus monitor impact of coronavirus on travel to Italy
Real news has value SUBSCRIBE