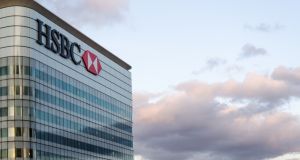 Britain’s top banks have axed dividend payments after pressure from the regulator, saving their capital as a buffer against expected losses from the economic fallout from the coronavirus.

Barclays, HSBC, Lloyds Banking Group , Royal Bank of Scotland, Standard Chartered and the British arm of Spain’s Santander all halted payouts in a co-ordinated industry response to a request from the Prudential Regulatory Authority (PRA) on Tuesday.

The lenders had been due to pay out over £8 billion between them in 2019 dividends, with HSBC the biggest payer at $4.2 billion. Barclays was due to pay more than £1 billion on Friday.

The PRA also asked banks and insurers not to pay senior staff bonuses this year, although none of the banks opted to provide details on how they would comply with this second request.

In a statement on Tuesday, HSBC said that “we expect reported revenues to be impacted in insurance manufacturing, and credit and funding valuation adjustments in Global Banking and Markets, alongside higher expected credit losses”.

Banks are under pressure globally from volatile markets and slumping growth, but have also been at the front-end of massive support from central banks and regulators, including relief on some capital buffers and more time to tackle soured loans.

“While we do understand the social rationale behind these steps, this regulatory intervention risks leading to further underperformance by UK banks in the near-term, relative to both UK insurers and global banks,” Citigroup analysts wrote in a note.

HSBC, which generated half its 2019 revenue in Asia, has earlier said in the most extreme scenario, in which the virus continues into the second half of 2020, it could see $600 million in additional loan losses.

“Group performance has been resilient in the first quarter in difficult economic conditions and, so far, credit performance has held up well,” HSBC said on Tuesday. – Bloomberg, Reuters

1 Should my mam wait for house prices to drop before buying?
2 Two prominent business leaders in planning row with neighbour
3 Cheers: Conor McGregor's whiskey races up the sales chart
4 ‘I’m so lucky to be in the Caribbean – a million miles from Derry Girls’
5 Coronavirus: Big majority ‘uncomfortable’ returning to everyday activities
6 Why we’re about to learn if we are really in the A-team
7 Citigroup warns that markets are out of step with reality
8 Hard-hit SMEs get ‘paltry’ €11m worth of loans under State scheme
9 ‘I have a talent for justifying purchases’
10 Chris Johns: Past is another country when it comes to our post-pandemic future
Real news has value SUBSCRIBE