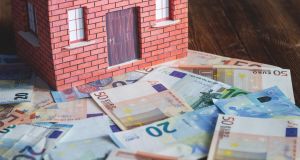 Shares in Irish insurer FBD Holdings rose by 14.8 per cent in Dublin on Tuesday as the company announced strong growth in profits and a resumption of dividend payments for shareholders.

The company’s balance sheet was lifted by a stronger underwriting result and a release on prior year claims. It was also lifted by a reserve of €5.6 million that was released by the Motor Insurance Bureau of Ireland following the Supreme Court ruling on the Setanta case that found the bureau was not liable for third-party motor insurer insolvency. Underwriting profit at the company was almost €45 million, up from €3.2 million a year earlier.

The company said the gross claims arising from Storm Ophelia totalled €10 million to €11 million, which was managed to a net cost of €5.4 million after reinsurance.

Gross written premium rose by 3 per cent to €372.5 million. The company attributed the rise mainly to farm, business and private motor products, with moderate rate rises. The gain was offset by a reduction in broker business.

Speaking to The Irish Times, FBD chief executive Fiona Muldoon said the outlook for the company in 2018 was positive. “We have good momentum coming into the year,” she said, citing its recent deal with An Post to underwrite motor policies.

“We’re excited about that...it has the potential to be a good marriage. It brings us into areas where we are not represented.”

New business rose by 12 per cent over the year. The company is proposing a dividend of 24 cent per share.

Net claims for the year were €201 million. FBD said the claims environment showed signs of moderation but remained difficult overall, with the average cost of claims rising. The company noted injury settlements were higher, particularly for minor injuries.

Ms Muldoon said that after three years of “hard work and corrective action”, the company had delivered a strong underwriting profit for the year.

“FBD has displayed exceptional resilience and we are now well positioned to build on our loyal customer base,” she said.

However, she warned the rising cost of claims remained a challenge. “The Government must follow through in implementing legislation to provide a lower cost, sustainable claims environment for the benefit of all insurance customers,” she said.

Ms Muldoon said FBD experienced 9 per cent inflation on average in paid claims last year, for amounts up of €500,000 in total.