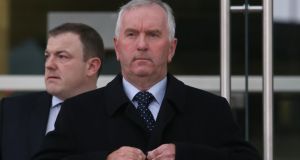 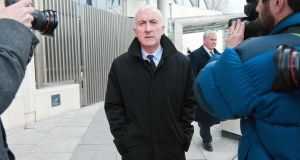 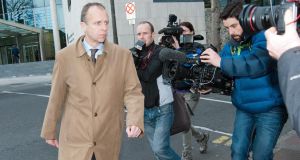 Denis
Casey
Dubliner Denis Casey qualified as a certified accountant and began his career with Allied Irish Banks. He joined Irish Life in 1980, working his way up the ranks. He was

In May 2007, Mr Casey succeeded David Went as group chief executive of Irish Life & Permanent, which was then a large listed company and one of the biggest financial players in Ireland.

Mr Casey resigned from the board of IL&P on February 28th, 2009. His employment with the company ceased on May 14th that year.

This included a payment of €1.25 million in lieu of service in accordance with his “contractual entitlements” and €2.93 million relating to his pension.

Since leaving IL&P, Mr Casey has qualified as a barrister and is listed in the law library as a junior counsel with the following specialisations: banking, finance and securities, bankruptcy/insolvency/reorganisations, company law, insurance law, pensions law and tax law.

Mr Casey, who is 54 and lives in Castleknock, Dublin, is also a former chairman of Financial Services Ireland, and a past president of the Insurance Institute of Ireland.
Peter Fitzpatrick
A chartered accountant by trade, Mr Fitzpatrick was a partner with Coopers & Lybrand (now part of PwC) establishing himself as an examiner before joining the executive ranks of the financial sector.

Other roles included acting as a non-executive director of the former Jurys Doyle hotel chain and as non-executive chairman of Dalata Ltd, an Irish hotel management company.

Mr Fitzpatrick is 61 and lives in Portmarnock, Co Dublin.
John
Bowe
A low-profile executive of Anglo Irish Bank before the financial crash, John Bowe came to prominence earlier this year through the release of the so-called Anglo Tapes.

These detailed a number of colourful conversations between senior executives of the bank before its collapse in 2008 and subsequent nationalisation.

He was later elevated to director of corporate development and was involved in Anglo’s efforts to collect debts owed by the family of Sean Quinn, once Ireland’s richest man.

Since leaving the bank in March 2012, Mr Bowe is reported to have founded his own consultancy firm, working with accountancy practices on client engagements in the leisure and healthcare sectors.

Mr Bowe was one of the Anglo executives to transition to the Irish Bank Resolution Corporation, which was formed by the State through the merger of parts of Anglo and parts of the former Irish Nationwide building society.

Mr Bowe is 50 and lives with his family in Glasnevin, Dublin.