Founder claims firm could have 1,500 employees in Waterford within next four years 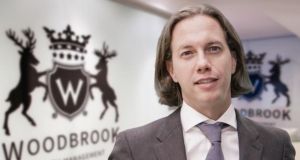 Cyprus-based Woodbrook Group is planning to set up a health and life insurance company in Waterford, according to its Irish chief executive.

Michael Doherty, who set up the company five years ago and currently employs about 150 staff across a number of offices in Europe and Vietnam, claims that Woodbrook could have 1,500 employees in Waterford within the next four years, initially servicing the Irish market, before passporting products elsewhere in the European Union.

Woodbrook aims to file an application for authorisation with the Central Bank of Ireland by the end of March and is due to hold initial talks with IDA Ireland representatives “over the coming weeks”, he said, adding that the total investment may reach €100 million.

Mr Doherty said he had secured funding from private-equity firms for the project, but declined to name them.

Last month, Woodbrook acquired US-based NHPI, which was once quoted on the Nasdaq but is now traded on a penny stocks platform. The company is planning to build the combined entity up to a market value of $50 million (€44 million) and secure a Nasdaq listing, said Mr Doherty (45).

The company is regulated by the Cyprus Securities and Exchange Commissioner and holds a MiFID II investment licence. Its ultimate holding company will be based in Nevada following the US deal.

Woodbrook said on Thursday it had hired Mann Vergan, a Canadian national, as its director of legal and corporate services.