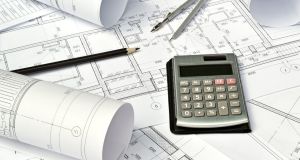 Substantial holdings: The latest filed accounts for property company Marchbury – owned by former senior AIB banker Thomas Hopkins and builder Thomas Durcan – are for the year to the end of April 2012, at which point the company had a shareholders’ deficit of €12.4 million. Photograph: Thinkstock

Cairn, which is listed on the London Stock Exchange, bought the Project Clear portfolio of loans from Ulster Bank last year and is in the process of securing the underlying assets.

Mr Hopkins, who is a former director of AIB Commercial Services in the Bankcentre, Ballsbridge, Dublin 4, was also heavily involved in property development.

The latest filed accounts for property company Marchbury are for the year to the end of April 2012, at which point the company had a shareholders’ deficit of €12.4 million. The accounts said the company had sites in Maynooth and Donabate, worth about €13 million.

A €5.1 million fall in the value of the company’s works in progress, according to the accounts, related to a site in Terenure which had been transferred to the directors and shareholders in June 2011 in return for €5.1 million.

Bank loans at year’s end were €24 million and directors and shareholders were owed €883,632.

Marchbury is owned by Mr Hopkins and builder Thomas Durcan; its directors are Thomas and Mary Durcan, and Mairead Hopkins.

In December, Cairn, in partnership with US investment fund Lone Star, was the successful bidder for the Project Clear portfolio of loans. The buyers paid €503 million for loans with a par value of about €2 billion with the loans being linked to 1,694 acres of land, including 31 residential development sites.

Slightly more than 90 per cent of the lands were located in Dublin and surrounding, commuter belt areas.

Mr and Mrs Hopkins are the defendants in a number of cases initiated in the High Court over recent years.

Mr Hopkins resigned from AIB in November 2010, on the same date on which the bank lodged proceedings against him and his wife. The reason for the action is not known. It was struck out in 2011.

Proceedings initiated by Danske Bank in 2013 are pending. A case taken by Nama in early 2014 has not been before the court since late in that year.

In the year to the end of April 2007, Marchbury built 222 houses in Balbriggan, Co Dublin.

In 2010 AIB said it was conducting an inquiry into the business activities of Mr Hopkins and another of its senior executives, John Hughes, then the head of business banking with AIB Galway.

Both men were shareholders in Banagher Investments, which was involved in property development in Stoneybatter, Dublin.

Filings in the Registry of Deeds show that Thomas and Mairead Hopkins are or were the owners of a substantial number of Dublin properties, some of which have since been sold. Two properties formerly owned by Mr Hopkins have been sold following the appointment of a receiver.