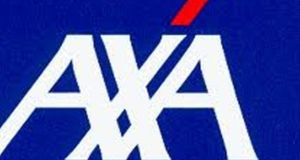 The acquisition of Axa Life Europe by Cinven is expected to be completed by the end of this year or early 2019.

The insurer, which has been closed to new business since last year, manages 248,000 policies and €8 billion of assets and has an estimated €5 billion or reserves.

The deal represents the 12th investment made by the sixth Cinven Fund and follows on from a recent agreement to acquire Viridium Group and to provide it with equity funding to acquire Generali Leben, to create a German life insurance business with five million policies and €55 billion of assets under management.

Caspar Berendsen, a partner at Cinven said the company had “ambitious plans” for ALE.

“Cinven’s acquisition of ALE is a ‘repeat play’ of the consolidation platforms we have created though Guardian Financial Services in the UK, Eurovita in Italy and Viridium in Germany. Cinven’s investment strategy in this case focuses on the consolidation of closed life funds with variable annuity offerings, primarily across Ireland and the Isle of Man,” he said.

The deal comes as a number of private equity companies have sought out European life insurance businesses, including Carlyle, which on Wednesday said it was taking a 19.9 per cent per cent stake in AIG unit DSA.

The acquisition is subject to regulatory approval by the Central Bank. It is expected to be completed by the end of this year or early 2019.

“We have followed Cinven’s investments across various geographies in the European life insurance markets and it’s clear that they have a fantastic grasp of the opportunities available to ALE,” said chief executive Eoin Lynam.

“We are closely aligned in terms of the future strategy for the business and share a collective vision of the value-creation plan, alongside ensuring that all stakeholders benefit from retaining a robust financial base and further enhanced asset- and risk-management strategies,” he added.