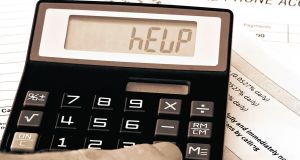 Karl Deeter: “The people mired up to their necks in debt and who get massive write-offs and walk away scot-free are usually the ones that have been dealing with vulture funds.” File photograph: Getty Images

Labelled by Ulster Bank as “non co-operating”, some 900 of its mortgage holders who are deep in arrears and litigation learned this week the bank does not want the hassle of them any more.

In all, Ulster is selling €300 million of distressed owner-occupier home loans, of which 88 per cent are more than three years in arrears.

So are they about to be thrown to the wolves of private equity and hedge funds? And why is Ulster not offering to sell the loans to borrowers at the same discounted level at which they will be sold in the market?

“If you look at the level of arrears, these are loans where the relationship has broken down between the bank and the borrower,” says Karl Deeter, founder and compliance manager with Irish Mortgage Brokers.

“How can you turn around and sell to the borrower when they won’t pay a penny of their mortgages? Where would the money come from?”

The banks say their biggest fear is triggering moral hazard. They risk prompting otherwise compliant borrowers stopping payments if they are seen as an easy target for debt forgiveness.

In some cases, lenders are even willing to take a bigger loss on a loan sale than what they have already pencilled into their own books, in order to avoid contagion.

Soured Irish loans worth €55 billion have been sold in the past four years, driven by Nama, IBRC and disposals by foreign lenders such Lloyds and Danske as they fled the Irish market. Just a fraction have been mortgages.

“The best deals being done for mortgage holders are nearly all by vulture funds – not by banks,” said Deeter. “The people mired up to their necks in debt and who get massive write-offs and walk away scot-free are usually the ones that have been dealing with vulture funds.”

Jim Stafford, managing partner at insolvency specialists Friel Stafford in Dublin, agrees it can be easier to secure debt forgiveness from vulture funds than from banks.

This usually results in the borrower agreeing to sell the property and losing the home – which is exactly what the majority of those holding the mortgages most want to avoid.

“These funds are prepared to engage with borrowers, do deals which include debt forgiveness and close the files,” says Stafford. “They are tough but they are pragmatic.”

Reflecting the changing political temperatures, Minister for Housing Simon Coveney censured the bank for having failed to give him a heads-up before the public announcement was made.

“To say the [sale] is deeply concerning would be an understatement, when we’re in the midst of a housing and homelessness crisis in this country,” says David Hall, founder of the Irish Mortgage Holders Organisation.

“The banks, who have absolved themselves of having been among the biggest contributors to the crisis, are offering no help to find a solution.”

Two types of investor have come to buy Irish loans, says Stafford. The first typically bought distressed commercial loans with the aim of taking over the property and selling it on quickly.

Then there are those in it for the long haul, including some that have bought mortgages and know they may need to deal with the customers involved for years.

Last month it emerged that US private equity firm Lone Star, which bought mortgages from IBRC liquidators in 2014, is now selling some – restructured and back paying – on to Bank of Ireland.

Banks take different attitudes to debt write-offs. Usually it means the borrower selling the house, though AIB has said it will write off unsustainable debt. Sometimes that leaves the borrower in the house.

Bank of Ireland, which insists it is not in the business of debt forgiveness, says it will work with distressed borrowers who volunteer to sell a property to see if they can make up the shortfall.

Ulster Bank says it will only write off debt if a borrower’s property has been sold and if the one-time lender now qualifies for social housing because they cannot afford to pay rent themselves.

Permanent TSB’s stance is even more convoluted. Last year its executives told an Oireachtas committee it would write off most of the shortfall from a house sale if the borrower repaid up to 20 per cent of it within 10 years.

Of the 120,800 owner-occupier loans that had been restructured up to last December, 28 per cent have had the amount owed in arrears added to the loan’s principal, according to Central Bank figures.

A further fifth have had their mortgages split, with a portion put on ice, perhaps for years. The Central Bank does not provide data on the extent to which loan write-offs form part of a restructure.

Under increasing pressure from regulators, including the European Central Bank, more lenders may follow Ulster Bank in putting some of their worst mortgages up for sale.

Borrowers are usually warned before loans are put up for sale, according to Stafford. Details of the loans are held in a “data room” for inspection by potential bidders.

“A loan going into a data room is like going into a lobster pot; it’s very difficult to get out once you’re in there,” he says. “The only way really you can get out is to demonstrate that there’s heavy litigation associated with the loan.”

Sales typically take months to complete. “Even after it has been done, it can take another six months for the fund to get its feet under the table,” Stafford says. “All told, you can find yourself in limbo for up to a year and a half.”

Funds which buy unsecured debt in default for more than six years where no legal proceedings were brought can hit problems under the statute of limitations. Some borrowers have escaped entirely as a result, he says.

A borrower’s rights and obligations do not change if a loan is sold. However, a fund – often now better known as a vulture fund – may be more inclined to foreclose, says Lorcan O’Connor of the Insolvency Service of Ireland.

Law changes in 2013 also allow a court to adjourn a repossession case to allow a borrower time to consult with a personal insolvency practitioner, who can put a restructuring scheme in place.

In the beginning, banks and funds were able to veto debt write-off plans drawn up by insolvency practitioners, but this was ended last year. Now, the courts can impose plans.

“We’ve had people in court – ready to hand back the keys thinking all was lost – manage to get a deal and stay in their homes,” says O’Connor. “It’s never too late.”