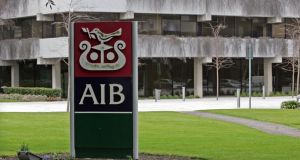 AIB said there continues to be an increase in the stock of repossessed homes due to the “continued focus on arrears management”.

AIB made a loss of €73 million on the sale of 439 repossessed residential properties in the Republic last year, its annual report shows.

In addition, the bank had 714 repossessed properties on its book at the end of December 2015, with aggregate loans outstanding of €177 million.

AIB had closed the previous year with 630 repossessed properties on its books for sale, with balances outstanding of €164 million.

The latest data shows that 390 repossessed owner-occupied homes were sold by the bank last year.

These had balances outstanding at the time of repossession of €108 million with the bank netting €46 million from their sale.

On buy-to-lets, AIB disposed of 49 properties, netting €5 million in sales. This left it with a loss of €7 million on the balances outstanding.

In 2014, AIB sold 100 properties between owner-occupied and buy-to-let, crystallising a loss of €17 million.

The report states that AIB seeks to avoid repossessions by working with customers. Where agreement cannot be reached, the bank “proceeds to repossession of the property or the appointment of a receiver, using external agents to realise the maximum value as soon as is practicable”.

In a situation where the proceeds of a sale leave a shortfall in the amount owed, the “customer remains liable for the outstanding balance”.

Some 73 per cent of AIB’s UK mortgages are located in Northern Ireland. The UK residential mortgage book comprised 23,111 loans with a combined value of €2.4 billion at the end of last year.

1 Life as a Facebook moderator: ‘People are awful. This is what my job has taught me’
2 How well paid do you think you are? Here’s how to work it out
3 Irish in-flight entertainment firm blames coronavirus for closure
4 Ombudsman upholds 8 tracker complaints against banks
5 Flight attendent seeks High Court injunction against Aer Lingus
6 Ibec warns that Government may have underestimated corporation tax loss
7 FBD rejects ‘insurance rip-off’ accusations as profits spike and dividend doubles
8 Wealthy investors’ legal challenge against Revenue fails
9 Tax burden on Irish households among lowest in EU
10 Coronavirus: ‘All bets are off’, says aircraft industry chief
Real news has value SUBSCRIBE