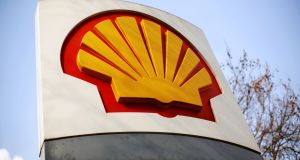 Royal Dutch Shell’s chief executive Ben van Beurden has told investors that Britain’s decision to exit the European Union could slow its $30 billion asset sale plan, especially in the North Sea, which had struggled to attract buyers for years.

The comment came as Shell mandated Bank of America Merrill Lynch to find buyers for several key assets in the North Sea, including its stake in the lucrative Buzzard oilfield, hoping the sale would raise at least $2 billion.

The Anglo-Dutch oil major had previously targeted wrapping up the disposal of dozens of assets around the world by roughly 2018 to help fund its $54 billion acquisition of rival BG, which it completed in February.

But Mr van Beurden said on Wednesday the uncertainty that has engulfed global markets following Britain’s Brexit vote on June 23rd, was set to be an obstacle for the programme, according to two investors who were at the event.

“Ben said that post-Brexit, the disposals could take more than three years to complete,” one source told Reuters, asking not to be identified because the event, hosted by Shell, was not open to the public.

The 58-year-old Dutchman, who has stated his ambition to make Shell the best oil company investment ahead of ExxonMobil , said Brexit “will make it more difficult to execute disposals”, particularly in the North Sea, according to a second person who spoke to him.

A Shell spokesman said in response that “there has been no change to the previous statements we made on the three- year, $30 billion divestment programme”.

The company said in June it wanted to exit 10 countries after merging with BG, to sharpen its focus on gas production globally and deepwater exploration in Brazil. – (Reuters)

1 ‘Saudi Arabia is where the opportunities will happen in future’
2 MSD buys Takeda biologics plant in Dunboyne
3 Data centres will force State to choose between climate and investment
4 Covid Tracker app throws spotlight on Google data harvesting
5 Trump’s TikTok move may have far-reaching consequences
6 The first seven winners of Business Person of the Month
7 State’s biggest landlord records 30% rise in rental income
8 What will the office market look like after the great remote working experiment?
9 Scars from the crash give Irish banks 2.6 billion reasons for Covid caution
10 Project to identify spare intensive care beds accelerated by pandemic
Real news has value SUBSCRIBE