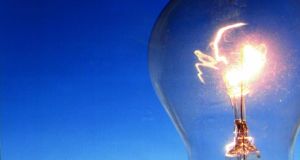 PrePayPower, Ireland’s biggest pay-as-you-go electricity supplier, made a loss of €1.5 million in 2013, according to its latest accounts. This compared with a loss of €982,290 in the previous year and reflected a substantial rise in depreciation costs.

This charge rose to €990,843 in 2013 from €273,952 in the previous year. The directors’ report noted the company was in the development phase and trading was “in line with expectations”.

The deficit in shareholders’ funds widened to €2.9 million at the close of that financial year from €1.3 million at the end of 2012. No dividend was paid during the year.

No revenue figure is provided in the accounts. Its gross profit for 2013 is stated at €8.2 million with operating expenses of €9.5 million. This left it with an operating loss of €1.3 million. Interest costs of just under €200,000 left the company with an after-tax loss of €1.5 million for the year.

The company’s employee numbers rose to 16 from seven in 2012 with staff costs more than doubling to €1.2 million.

PrePayPower declined to comment on its results or financial position. A spokesman said it was “enjoying strong customer growth” at present.