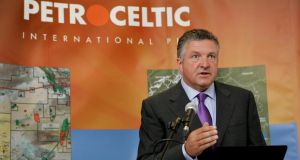 Dublin-based exploration company Petroceltic International has begun drilling for gas off the coast of Romania and for oil in Iraq’s Kurdistan region, as part of a multi-well drilling campaign.

The firm is drilling the Cobalcescu South well off the coast of Romania, which is expected to take two months. The company has also begun work on the Shakrok-1 well in the Kurdistan region of Iraq.

The Shakrok-1 well has a proposed total depth of circa 3000m and is estimated to take approximately 150 days to drill.

“In Romania, the 3D seismic survey acquired in 2012 has confirmed the presence of a significant gas prospect inventory in a number of different hydrocarbon plays. Cobalcescu South is the first well in the campaign and it will be immediately followed by an exploration well on the adjacent Muridava licence,” Petroceltic chief executive Brian O’Cathain said.

The exploration company, which is focused on North Africa, the Mediterranean and Black Sea regions, has production, exploration and development assets in a number of countries including Algeria, Bulgaria, Italy and Romania.