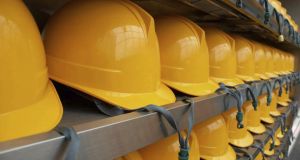 While Kenmare Resources has been praised for its social responsibility programme in Mozambique and takes part in the Extractive Industries Transparency Initiative, benefits from its mine are minor compared to the profits made, the new report suggests.

A report that claims Kenmare Resources is not paying its fair share of taxes to the Mozambican government from its mining operation there has been described as “unbalanced and inaccurate” by the Irish company.

The “Mining Without Development” study maintains that for each dollar the company earns from exporting minerals it extracts from sands in north Mozambique, the government receives only 1 cent in taxes.

The report claims Kenmare was able to negotiate an excessively favourable tax deal signed in 2002 because Mozambique was reeling from the fallout from its 16-year civil war, was politically unstable and lacked key institutions to facilitate investment.

Kenmare contributed just $3.5 million in tax payments to Mozambique from 2008-2011, equaling one cent per dollar in revenue made over the same period, states the report produced by European Network on Debt and Development and the Centre for Public Integrity, a Mozambican NGO.

In addition, Kenmare’s processing and exporting arms are based in an industrial free zone. As a result, the report claims, it will only have to pay 1 per cent revenue tax after six years of production.

In addition, the company pays no VAT, import or export duties, and corporate income taxes on mining activities are halved in the first 10 years of production.

“As the company group’s revenues and profits have increased with increased commodity prices, tax payments that are Mozambique’s take from the favourable price developments have increased at a significantly slower rate,” the report’s authors say.

A spokesperson for Kenmare has said the company had invested close to $1 billion in its Mozambique operation, has only been profitable twice since opening, and is entitled to write off previous losses against the corporate tax rate.

While Kenmare has been praised for its social responsibility programme and takes part in the Extractive Industries Transparency Initiative, benefits from its mine are minor compared to the profits made, the report suggests.

In response Kenmare said: “We are particularly disappointed at the authors’ attempt to minimise the efforts that have been made in relation to community involvement and corporate social responsibility. We have invested in roads, in education, in local enterprises, in electricity, in water and in healthcare programmes.”