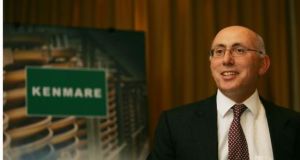 Irish mining firm Kenmare Resources has said that shipments of finished products rose by 24 per cent to 183,000 tonnes in the third quarter.

This compares to shipments of 147,4000 tonnes for the same period a year earlier.

The Irish and London-listed company, which operates the Moma titanium minerals mine in Mozambique, said llmenite production increased 6 per cent to 220,200 tonnes from 208,100 tonnes in the third quarter. Primary zircon production was up 239 per cent to 12,900 tonnes from 3,800 for the same period last year.

“During the quarter we have continued to focus on previously stated plans of conserving cash and controlling costs against a background of market conditions that have adversely impacted cash generation. The upgrade of the non-magnetic circuits in the second quarter helped contribute in the third quarter to a substantial increase in primary zircon, a significant part of our revenues,” said Kenmare’s managing director Michael Carvill.

During the quarter, Kenmare agreed an amendment to the project financing terms for the Moma Mine, as well as an extension to the corporate loan provided by Absa Bank, a member of Barclays.

The company, which reported an operating loss of $17.9 million for the six months to the end of June, said it remained in discussions with Australia’s Illuka Resources about a possible offer. The company turned down a preliminary approach from Illuka in June because it said the offer did not recognise the potential of the Moma mine.

The company said cash and cash equivalents as of October 16th, 2014 amounted to $29.6 million.