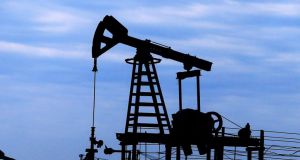 Oil fell more than $1 to below $62 per barrel on Monday, its lowest in three weeks, as Greece shut its banks and imposed capital controls, causing investors to flee from riskier assets and darkening the demand outlook.

The European Central Bank froze funding support to Greece’s banks after bailout talks between the government and foreign creditors broke down at the weekend, leaving Athens with little choice but to shut the system to keep lenders from collapsing.

Further weakness is likely as the situation in Greece will not be resolved until a referendum at the weekend on whether to accept conditions for a bailout, analysts said.

“This may be the time when we break lower and into the $50s for Brent as we have a full week of uncertainty,” said Bjarne Schieldrop, head of commodity analysis at SEB in Oslo.

Negotiations on Iran’s disputed nuclear programme are also set to have an important impact on prices during the week.

Iran is backtracking from an interim nuclear agreement with world powers three months ago, Western officials suggested on Sunday, as US and Iranian officials said talks on a final accord would likely run past a June 30th deadline.

Securing an agreement would end the nuclear standoff between Iran and the West. This could eventually lead to suspending sanctions and allow Tehran to raise crude exports, adding to an already well-supplied world market.

“The surplus in the market isn’t going to clear terribly quickly. Indeed, it could be somewhere in the middle of 2016 till we start eating into inventories on a global basis so we’re relatively cautious in terms of upside,” said David Fyfe, head of market research & analysis at Gunvor Group.

“On the flip side, at $60, a lot of people are stopping developing new projects, there’s maybe a million barrels a day (of oil) by 2017 that’s not going to be there. So at some stage, there’s going to be a rebound in prices when some of these project deferrals start having an impact,” Mr Fyfe added.