Forestry licences: Grounds for challenge will not be narrowed 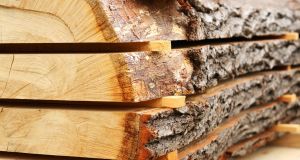 A Government push to clear forestry licence backlogs will not include plans to narrow the grounds for challenging these permits, according to Minister of State for Agriculture Pippa Hackett.

Ms Hackett said a Government initiative aimed at tackling forestry’s problems would focus on clearing a backlog of licence applications and on streamlining the process for the future.

However, the Minister added that she did not believe there was a need to narrow the grounds for appealing licences once they are granted, a move sought by sawmills and others in the industry when the problem reached crisis point.

Ms Hackett pointed out the the Oireachtas passed emergency legislation to deal with the problem of mounting appeals last year.

This increased the number of forestry appeals committees dealing with these challenges to four from one. “Sixty to 70 appeals will be heard in March alone,” Ms Hackett noted.

Legislation requires all forestry activity in the Republic – tree planting, felling and building roads to transport wood – to be licensed.

The Department of Agriculture grants the licences, but its decisions can be appealed. Independent forestry appeals committees deal with those challenges.

The Government initiative, Project Woodland, will also focus on developing a vision for the industry and a “fit for purpose” organisational structure.

Ms Hackett cautioned that there was no silver bullet for Irish forestry’s problems but stressed that she was “determined to get this right”.

This in turn recommends implementing the earlier Mackinnon Report on forestry licences.

Department secretary general Brendan Gleeson will chair the project board, which will oversee work on the four key areas, tackling the backlog, streamlining licensing, organisational structure and developing a long-term vision.

Individual working groups drawn from the existing Forestry Policy Group and chaired by independent outsiders will tackle each of these areas.

Jo O’Hara will sit on the project board, whose members will include Jerry Grant, former managing director of Irish Water; and solicitor Sarah O’Shea.

Minister for Agriculture Charlie McConalogue voiced support for the project and said he was confident it would succeed.

10 How long can Government afford to keep State pension age at 66?