First we’ll deal with the zombies, then Petroceltic

Worldview’s Denis Ischenko, who had a part in ‘World War Z’, has a new battle to fight 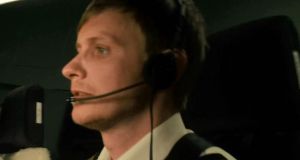 The Royal College of Physicians is the battleground next Wednesday in one of the more intriguing corporate battles of recent times, when Worldview Capital, a Swiss-domiciled activist fund run by Russian and Bulgarian directors*, will try to oust Brian O’Cathain, chief executive of exploration outfit Petroceltic International.

Worldview owns 28 per cent of Petroceltic, but has fallen out with its management over strategy, governance and just about everything else.

Worldview partner Denis Ischenko insisted this week that O’Cathain was part of the corporate walking dead: “We will remove him eventually.”

The Petroceltic boss is confident of survival. But Ischenko knows all about the walking dead – he was an actor in Brad Pitt’s 2013 zombie horror flick, World War Z.

The Russian is a trained pilot and told me that a friend, who worked on its production, asked for some on-set advice for its aircraft scenes. He was then given a role as a pilot on a plane that crashes after Pitt’s character detonates a grenade mid-flight to kill some pesky onboard zombies.

“Denis is a modest guy and, given his long-term financial career focus, he would certainly not want to be labelled a budding actor,” said Ischenko’s spokeswoman. “Flying is his real love.”

In the film, Pitt eventually figures out how to immunise against zombie attacks: infect yourself with deadly pathogens. Which doesn’t sound much better.

Is there a lesson in all this for the Petroceltic investors about ensuring that the cure doesn’t kill the patient?

* This article was edited on Friday, February 20th