Opinion: Those who were well-off barely felt the pain of the post-crash ‘adjustment’ 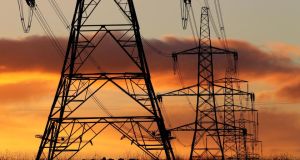 Yesterday morning I phoned EirGrid and spoke to the communications manager there, Michael Kelly. I inquired whether a cost-benefit analysis had been made of the planned construction of a forest of pylons carrying high-voltage electricity cables and extending from Knockraha in Co Cork to Great Island in Co Wexford and from there to Dunstown, near Kilcullen in Co Kildare, in what EirGrid calls the Grid Link project, which it estimates will cost €500 million.

According to rethinkpylons.org, EirGrid’s Grid 25 project, of which Grid Link forms part, will involve 1,500 pylons 45m and 60m high carrying 400kV overhead lines more than 500km. Some of the pylons may be no more than 50m from private dwellings.

Michael Kelly said no cost-benefit analysis had been undertaken but might be if the consultation process suggested strongly such an analysis would be desirable. I asked whether the failure to conduct such as analysis at the outset of the project conveyed a disregard for the views and interests of people who would be affected or offended by the forest of pylons. He said no, EirGrid was fully sensitive to the concerns of all stakeholders.

Underground option
Such a cost-benefit analysis would have examined the alternative of placing the electricity lines underground. I asked him about the underground option and he said it would not be affordable, as a study undertaken in connection with the Meath-Tyrone electricity project had shown the cost of an underground project would be three times greater.

I asked him what the point would be of undertaking a cost-benefit analysis following consultations since, clearly, a decision had been made to go for the overhead option on cost grounds. He did not answer the question.

Michael Kelly sent me a link to Meath-Tyrone Report – Review by the International Expert Commission – August-November 2011. On page 61 of that report there is a table: “Meath-Tyrone cost estimation based on reference projects.”

The first two lines of this table show the underground option would indeed cost three times the overhead option. However, immediately below the table is the remark: “For the AC [overground] alternative, the costs can be significantly higher if more advanced tower designs are used for reduced visibility and/or reduced EMF [electromagnetic fields].”

I asked Michael Kelly whether EirGrid had made a decision not to go with the more advanced tower designs. He said no decision had been made.

This means EirGrid does not know whether the cost of the underground system would be three times that of the overground system. Nevertheless, that is the line the company is putting out.

report on the Meath-Tyrone project said a few other interesting things. For instance, it noted: “Given the fast technological and market developments over the last years, some of the conclusions drawn in the reports on the Meath-Tyrone project reflect the technology status as available a couple of years ago, using information available at the time. Therefore, given the project targets and boundary conditions, the conclusions may be different today compared to the results found at the time of writing the reports.”

The five reference projects from which the experts who wrote the Meath-Tyrone report collected data date to 2009 or earlier, and the technological changes may be even more advanced than contemplated in 2011. So how come there apparently has been no appraisal of the current technological and cost options?

The upgrading of the grid seems a good idea, as it could enhance the infrastructure of the affected parts of Ireland, making foreign direct investment into them more likely. However, the issue at hand is not really whether the upgrading should take place but whether it should do so in a manner that will despoil a large part of the countryside and disadvantage the people on its route, as John O’Connor acknowledged. To proceed with a project without even elementary inquiries into the relevant costs and benefits is contemptuous of the people of the areas directly affected and of people outside those areas who care about the environment. But isn’t that the ethos of post-Tiger Ireland?

Fiscal adjustment
When the massive fiscal adjustment had to be undertaken, those of us reasonably well off, including the ministers who decided how the adjustment was to be made (all of whom, incidentally, were paid significantly more after they had come into office than they had been previously) paid extra tax and had a few benefits curtailed but, for the most part, we barely felt the pain. Whereas hundreds of thousands people less well off have had their lives devastated by tax increases (VAT and the universal social charge) and cuts to child benefit, unemployment assistance, rent supplement, disability allowances, prescription charges and the rest.

The EirGrid business is another example of that institutionalised contempt for ordinary people. The Limerick City of Culture fiasco is more of it too, as was the whole bailout programme about which there has been such self-congratulation.

Happily for the well-heeled and well- entrenched, our atrophied political system and political culture will protect them from any resultant popular wrath.