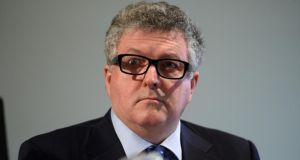 The row between the oil explorer Petroceltic International and Worldview Capital, the 29 per cent dissident shareholder that wants to sack management, has had no shortage of twists and turns. The suspension by Petroceltic this week of a planned $175 million bond sale is potentially a significant pivot in the story.

Brian O’Cathain, Petroceltic’s chief executive, played down the suspension of the bond issue, which he said the company still plans to get away in September. It was pulled due to market volatility, he said, while completely ignoring the fact that corporate bond markets have never been in better shape.

O’Cathain also put forward another, even less convincing, reason for the suspension. The bond is to be secured on Petroceltic’s prime asset in Algeria. The company has received permission more quickly than expected from the government there to spin off its interest into a special subsidiary, which should make the asset simpler to borrow against.

O’Cathain says the early decision means it should delay the bond issue until everything has been ironed out. Why did it announce the bond issue in the first place, then, when it knew it could be affected by an impending government call?

The real reason Petroceltic pulled the bond issue is because investors are worried about the future of the company, given the row with Worldview. O’Cathain, meanwhile, says bond buyers are “sophisticated” investors capable of seeing through the “noise” coming from Worldview. But if the markets remain worried and Petroceltic can’t get sell a bond at an acceptable price, investors’ concerns could become a self-fulfilling prophecy.

Petroceltic needs that bond cash to fund the company’s operations. If it cannot get the bond over the line, it will likely have to raise equity instead.

If that happens, Worldview’s shareholding is large enough to block a share placing unless O’Cathain steps down.

O’Cathain promises he will get the bond away next month. If he succeeds, Worldview’s leverage is gone and he is home and dry. But if he doesn’t, the battle could turn ugly.