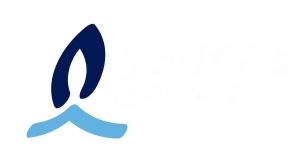 Bord Gáis Energy: gas-fired power plant in Whitegate, Co Cork, has been out of action since December.

Technical problems have forced power supplier Bord Gáis Energy to shut down a key electricity generator until the end of June, the company confirmed on Friday.

Bord Gáis Energy’s gas-fired power plant in Whitegate, Co Cork, has been out of action since early December, when problems emerged with the facility’s turbine, which generates its electricity.

The company confirmed that it was forced to close the plant in December. “The cause of the shutdown is under investigation and we are working to return the power station to service as soon as possible,” a statement said.

“We have notified the market of our expectation to be offline until end June 2021,” Bord Gáis Energy added. Multinational GE operates the power plant for the company.

Whitegate generates 445 megawatts of electricity when it is running, enough to supply around 300,000 homes, according to industry estimates.

Gas-fired power plants such as Whitegate are key to Irish power supplies. On average they meet almost 60 per cent of demand, but at different periods they can supply most of the electricity used here.

Whitegate’s shutdown was one of a number of factors that prompted the Single Electricity Market Operator to issue an “amber warning” in early January.

The market supervisor issues amber warnings where there is enough power to meet likely demand for electricity, but the amount held in reserve is less than ideal.

Combined with that, the absence of Whitegate and peat-burning plants in the midlands put extra pressure on energy supplies for two hours late in the afternoon.

Forecasters warn that the country faces another cold snap next week, with snowfalls likely, which is in turn likely to boost demand for electricity.

Electricity demand hit a record 5,112 megawatts for a period on December 3rd, days after a Covid-19 lockdown was lifted.

The Whitegate plant began operating in November 2010. Bord Gáis, now owned by UK utility Centrica but then owned by the State, commissioned the facility.

At the time there was a growing need for new gas-fired electricity plants to replace older, less-efficient generators.