What are tax inversions?

They’re in the news again thanks to new restrictions from the US but what are they?

Republican presidential candidate Donald Trump has come out strongly against inversions by US companies describing the Pfizer-Allergan deal as “disgusting”. (Photo by Darren Hauck/Getty Images)

Inversions are in essence, a financial exercise which allow companies to lower their tax bills by acquiring a legal address abroad. This is typically done by acquiring a company in a country which levies a lower rate of corporation tax.

About 51 US companies have reincorporated in low-tax countries since 1982, including 20 since 2012. A lot of drug companies are doing it, and Ireland, with its 12.5 per cent corporation tax rate instead of the 35 per cent rate of American corporate tax, is a popular corporate home, as the table below shows.

Most companies achieve inversion by acquiring a foreign company at least 25 per cent their size. That’s how Medtronic, the medical device giant founded in a Minneapolis garage in 1949, turned Irish and how Burger King, the Miami fast-food chain, became Canadian. 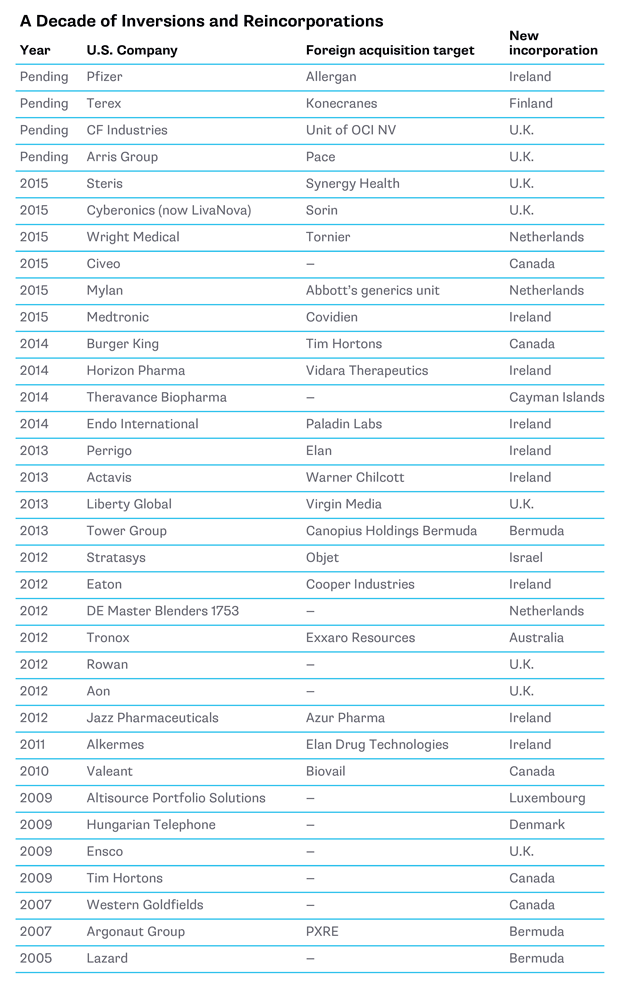 In 2014, Pfizer wanted to go British, though its proposed takeover of AstraZeneca was eventually rejected. Now it’s agreed to combine with Allergan, the Ireland-based pharmaceutical company, in a $160 billion deal. A change of address doesn’t necessarily mean a real move. Companies are free to keep their top executives in the US, and most of them do.

Tax inversions have been condemned by US authorities in the past as “unpatriotic” and are often attacked by Democratic and Republican presidential candidates hoping to accede to the White House. In 2014, President Obama singled out Ireland, criticising US companies for “magically” becoming Irish through these mergers.

Perrigo holds out prospect of cheer for Paschal Donohoe

1 Covid tracker apps show technology is not always the answer