Varadkar seeks to protect pensions from being unilaterally wound up 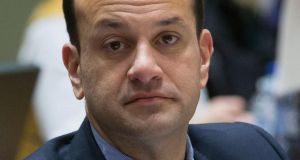 Minister for Social Protection Leo Varadkar has moved to ban employers from unilaterally winding up insolvent pension schemes. Measures in the Social Welfare Bill allow pension watchdogs to force employers to plug shortfalls before schemes can be closed down, the Sunday Times said.

Employers will also be required to give advance warning before shutting down a scheme to allow time for a winding-up to be agreed voluntarily with scheme trustees. The measures come in the wake of controversy over the closure of pension plans at Independent News & Media (INM).

Investment fund Carlyle Cardinal Ireland is in negotiations to take a majority stake in pharmacy group Sam McCauley, according to the Sunday Independent.

The newspaper said it understood the deal was valued at more than €50 million. The fund, sponsored by American investment giant Carlyle Group and Irish investors Cardinal Capital, declined to comment. It counts chilled meats company Carroll Cuisine and the motoring organisation AA among its interests.

UMarathon Asset Management, a New York investment group, is lining up the sale of more than 340 apartments at the Heuston South Quarter development in Dublin, reports the Sunday Times. The group is seeking to benefit from booming demand for rental accommodation.

The scheme, close to Heuston train station, is likely to fetch more than €100 million, according to the newspaper. Marathon acquired the property through a distressed loan sale in 2014.

Dell Bank, the Irish-based finance arm of the computer maker, recorded its first profit in the final quarter of 2016, but the company still reported an overall loss in the year, the Sunday Business Post reports.

The company said its loss for the year more than halved to €4.9 million as a result of an improved trading performance, accounts filed to the Companies Office show. Net interest income rose to €25.2 million, up from €20 million. Loans to customers rose to €845 million, up from €688 million, with the UK its biggest market.