Mortgage approvals rise by more than had been expected 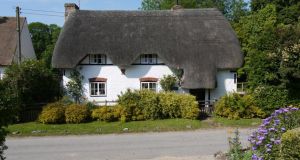 The UK property market is showing signs of recovery

UK mortgage approvals rose more than economists forecast in May to the highest since 2009, indicating that the Bank of England’s credit-boosting program is aiding the housing market. Lenders granted 58,242 home loans compared with a revised 54,354 in April, the Bank of England said today in London.

Separately today, Markit Economics said its index of manufacturing rose to 52.5 in June from 51.5 in May, exceeding economists’ forecast. The pound erased its loss against the dollar after the reports and was at $1.5230 as of 9:33 a.m. in London, up 0.1 per cent from Friday.

In another release, the BOE published the minutes of the Financial Policy Committee’s June 18 meeting, at which it ordered a review of banks’ exposure to interest-rate risks. While some FPC members noted that an increase in rates would occur alongside a strengthening economy, which would mitigate any impact, others were concerned about the potential impact on liquidity. “There would be a sharp reduction in market liquidity in the event that these risks crystallized,” some FPC members said. “There was potentially more leverage in the system than it was possible to identify.” The members added that “some of these concerns were heightened given the increased volatility in financial markets in the days prior to the meeting.”

1 Fianna Fáil may have just pressed the pause button on the property market
2 UK to prioritise EU trade deal over one with United States
3 Who are Ireland’s 17 billionaires?
4 My father in a nursing home wants to gift me his house
5 Dunnes premature in challenging Point Village resolution move, Supreme Court finds
6 Are there annual limits on inheritances or gifts to a child?
7 Saudi prince’s WhatsApp account ‘directly involved’ in Bezos hack
8 European investor acquires Harcourt Road offices for €55m
9 Belfast regeneration project worth £500m gets green light
10 New blow for Ted Baker as accounting scandal doubles in size
Real news has value SUBSCRIBE