Tax ‘trickery’ in Ireland: A safe haven you can bank on

Column: If Ireland is a rogue state, then there are many others 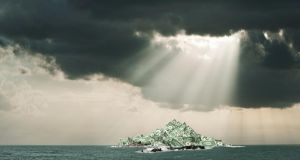 Lee Hadnum, a former tax specialist with Ernst and Young, author of The World’s Best Tax Havens: How to Cut Your Taxes to Zero and Safeguard Your Financial Freedom, lists Ireland among the 28 world’s best tax havens. The others include Switzerland and Cyprus, of course, and a plethora of the better known tax havens: Andorra, the Bahamas, Barbados, Belize, the Cayman Islands, the Channel Islands, Gibraltar, Hong Kong, Isle of Man, Liechtenstein, Malta, Monaco, Panama, Seychelles, and Turks and Caicos Islands.

Some of these are “nil tax havens” – no income tax, no corporation tax, no capital gains tax and no inheritance tax, no matter where income is generated. The only taxes to worry about are local sales taxes and import duties. Then there is a group of havens which impose taxes on locally generated income but none at all on income derived from outside sources. Then there are the low-tax havens where some tax is imposed, but not much. Ireland is in this latter category.

Lee Hadnum advises: “In effect, a person resident in Ireland has only needed to pay tax on income brought into Ireland (the so-called remittance basis), so most income can be kept offshore to avoid paying income tax. In fact, if a suitable distinction is made between capital and subsequent income from capital before you take up permanent residence, it may even be possible to live in Ireland almost completely tax-free.”

Lowest rates of corporation tax
He notes that Ireland has one of the lowest rates of corporation tax in Europe, just behind the Isle of Man and Channel Islands, which have a zero rate, and Cyprus and some eastern European states, with a 10 per cent rate. He writes: “Ireland has been a very popular alternative offshore choice for many multinationals, which transferred some of their operations to Irish companies to reduce their overall effective tax rates. Ireland therefore offers tax saving opportunities at both the corporate and personal level.”

Incidentally, The Worlds Best Tax Havens is published by Taxcafe UK Ltd and among its other publications are How to Avoid Property Tax. However, it is not clear if Taxcafe has heard of Phil Hogan.

The prominence given to Ireland by Taxcafe and in the recent debates on tax havens seems disproportionate given the prevalence of havens for the world way beyond the dodgy locales of the Caribbean.

In Treasure Islands: Tax Havens and The Men Who Stole The World by Nicholas Shaxson, the author, writes: “Ireland is a wonderful, special country in many ways. But when it comes to providing foreigners with lax financial regulation or tax trickery, it is a goddamned rogue state , yet it gets kid gloves treatment. ‘This is a member of the European Union or of the OECD’, the regulators will say and ‘we can’t be rude about them’.”

Shaxson quotes Trinity academic Jim Stewart as saying that the International Financial Services Centre (IFSC) has become a big player in the shadow banking system and, by 2008, hosted 8,000 firms with $1.5 trillion in assets, lured by its “light touch regulation”. So light was the touch that the then financial regulator said his remit extended only to Irish banks, which perhaps accounted for the scandals involving Bear Stearns at the IFSC and several German banks there which had to be bailed out by the German government.

If Ireland is a rogue state, then there are many others.

According to Dominique Strauss Kahn, when he was France’s minister for finance, more than half of the world’s trade passes, at least on paper, through tax havens. The International Monetary Fund estimated in 2010 that the balance sheets of small islands’ varietal centres alone added up to $18 trillion, which is equivalent to about a third of the world’s GDP (this is quoted by Nicholas Shaxson).

Tax havens in Europe got going during the first World War as governments raised taxes to pay for the war costs. In 1934 parliament in Switzerland passed a secrecy law, making violation of banking confidentiality a criminal offence. Luxembourg has been a haven for offshore corporations for the last 80 years and about $18 trillion flowed through Dutch tax havens in 2008 alone, according to the Dutch central bank.

But one of the most spectacular tax havens is the City of London, with its offshore networks of the British Crown dependencies and overseas territories. In the second quarter of 2009 the UK received net financing of $332.5 billion just from historical dependencies, according to a treasury report.

Nicholas Shaxson writes: “From the 1960s American financiers flocked offshore to escape domestic rules and taxes – first to the offshore Euromarket in London, then into the British spiders web and beyond.”

US financial regulations
“This offshore option helped Wall Street . . . turn the US itself into what is now, by some measures, the world’s single most important tax haven in its own right.”

We can stop being a tax haven by taxing at 12.5 per cent all income declared by companies registered in Ireland, irrespective of where that income derives. It is not believable such companies, with manufacturing plants in Ireland, would leave because their unrelated financial shenanigans were stopped here. And then we can lecture the rest of the world.