Southeast region to get 270 new jobs 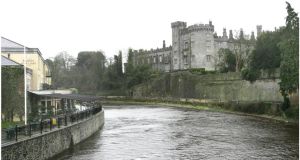 The south east got a boost Monday when close to 300 jobs were announced for the region, as the Government launched its Action Plan for Jobs for the region, which could see the creation of 25,000 new jobs.

Eishtec, which was established in 2011, specialises in providing services to the mobile telecoms sector. Earlier this year it announced plans to open a new customer service centre in Craigavon, Co Armagh, bringing its total workforce up to 1,300.

In Waterford city, Bluefin Payment Systems, which provides a secure payments platform, is to establish a technology and operations centre, creating 40 new jobs over the next three to five years. The centre will be responsible for monitoring the company’s security and payment processing platforms and it is expected to collaborate closely with the Telecommunications Software & Systems Group (TSSG) located in Waterford Institute of Technology (WIT.)

Elaine Fennelly, general manager, of Bluefin’s Irish operation, said that the dynamic business environment in Ireland made choosing it for the company’s first European location “an easy decision”.

“Our Waterford location will be critical to our operations in North America and as we expand into Europe at a time when more and more companies are partnering with Bluefin to protect themselves from hackers and damaging data breaches.”

Co-founder and chief business officer Niccolo Alicandri said that Ireland was always a prime target for the firm, and that as more efficient information security intelligence grows, “so will CipherTechs and our Security Operations Centre here in Kilkenny.”

The Government’s new South East Action Plan for Jobs, launched on Monday, is aimed at delivering 10-15 per cent employment growth in the region over the coming years, and is part of the € 250m regional jobs strategy. The plan is the third of eight regional jobs plans to be published over the coming months.

The plan covers counties Carlow, Kilkenny, Tipperary, Waterford and Wexford, and key sectors targeted as part of the plan include agri-food, tourism, life sciences, manufacturing, retail and financial services/business services. Among the 194 actions in the plan to be delivered over the period 2015-2017 include:

• Start-ups/SMEs – a 30 per cent increase in the number of new businesses, delivered by a range of actions to provide better mentoring and incubation spaces for startups, and extra supports through the Local Enterprise Offices

• A 20 per cent increase in jobs in exporting companies, in particular in manufacturing, agrifood, businesses services and biopharma/medtech

• Business Services – building on the success of companies like Eishtec, an industry-led forum for the business services/financial services sector in the region

Minister for Jobs, Enterprise and Innovation Richard Bruton said: “Jobs are growing right across the country, but they are growing faster in some regions than in others. That is why we have put in place the € 250million regional jobs strategy, to support regions to play to their strengths and accelerate jobs growth in every area.

“I am convinced that with the right support from Government through the South East Plan, and by continuing the collaborative approach right across the region, we can deliver 25,000 extra jobs over the coming years. This would be 25,000 extra pay packets coming into communities and 25,000 lives back on track – a goal well worth fighting for”.