Rents in Dublin fell 3.3% last year as supply rose due to Covid-19 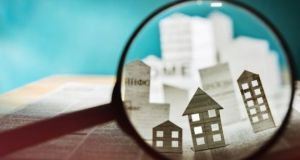 The cost of rent fell by more than 3 per cent in Dublin last year but rose in the rest of the country as more people left the capital and additional properties became available due to the Covid-19 crisis.

New data compiled by Daft. ie shows that rents in the capital fell by 3.3 per cent to €1,984 with declines concentrated in the second and fourth quarters.

Outside of Dublin, rents climbed by 5.4 per cent on average last year with only a modest fall in the second-quarter lockdown, and an increase during the final three months.

Rents were almost 5 per cent higher in Cork and Galway cities year on year, and up nearly 4 per cent in Limerick. In Waterford city, rents climbed 5.6 per cent.

The big surge in unemployment levels linked to the pandemic and a rise in the number of homes available to rent in the capital, also impacted on rental costs.

“This report presents the first concrete evidence of an idea that’s been floating around since early in the Covid-19 pandemic. That . . . of all rental markets in the country, Dublin would be most badly affected by the collapse in everyday activity,” said Ronan Lyons, an economist at Trinity College Dublin and author of the Daft report.

The latest figures show the number of homes available to rent in Dublin rose sharply, while falling in the rest of the country.

As of February 1st there were 2,600 homes to rent in Dublin, up from fewer than 1,600 a year earlier. Outside of the capital however, the number of homes available to rent fell sharply over the same period – from almost 2,000 to just 1,139 a year later.

The increase in available properties in Dublin is primarily due to landlords withdrawing their rentals from short-term listing sites such as Airbnb as the number of visitors from overseas dwindled due to coronavirus restrictions.

“Outside Dublin, Covid-19 has led to a further worsening of supply conditions in the rental market, with the number of homes coming on each month down 17 per cent on already low levels. While demand for rental homes outside the capital has fallen – with the rise in unemployment – it has not fallen as much as supply, pushing rents further upwards,” said Mr Lyons.

Daft’s survey found that the average rent nationwide rose 0.9 per cent to – 1,414 in the final three months of 2020 compared to the same quarter a year earlier.