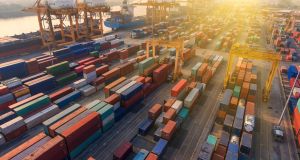 The move to globalisation has fractured, with the election of Donald Trump and the Brexit vote seen in part as a political kickback, reflecting popular disillusionment of the trend to free trade and movement of people. Photograph: Getty Images 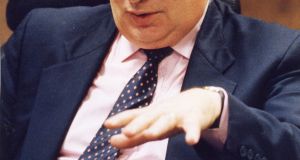 Brought in as head of GATT to rescue faltering world trade negotiations in July 1993, Peter Sutherland told the story of how he was greeted in his first briefing by a mountain of documents and was told that this was the start of his reading.

The talks had already been underway for more than six years involving some 120 countries, and the documents contained the mind-numbing detail on which the new director general was about to be briefed. As he said: “After a couple of hours of it, if you’re not confused then you haven’t been listening.”

Sutherland managed to pilot the talks – dubbed the Uruguay Round – to a successful conclusion in what was one of the most significant free trade deals in history. At stake, he underlined, was not only the gains of freeing trade,but also avoiding the costs of failure – the threat of a move back towards protectionism and the end of globally agreed trade deals.

Ironically, in the year of his passing, this is where we now find ourselves.

In hindsight, we can look back on the Uruguay Round as the high-water mark of globalisation, a process underway in the trade arena since the 1950s, when successive agreements had freed trade and contributed to international growth. The Uruguay Round was the eight such agreement.

Attempts to negotiate a ninth have failed and the World Trade Organisation, the successor to GATT set up to police world trade, is in trouble.

The move to globalisation has fractured, with the election of US president Donald Trump and the Brexit vote seen in part as a political kickback, reflecting popular disillusionment of the trend to free trade and free movement of people. 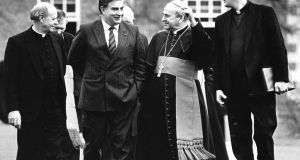 Taking a longer term view, freer trade has been a big force for growth and rising incomes across the world in the last half century, not only in industrialised economies but in developing countries such as Brazil, India, China, and many smaller Asian economies.

Ireland was itself a beneficiary, going through a period of economic “catch up” with average EU income levels – particularly in the 15 years after 1990 – interrupted over the past decade by the economic crash.

Globalisation, however, has fallen out of fashion, in part due to the huge gains going to the super rich and stalling incomes for many in the industrialised world in recent years. There is also controversy over its impact on the developing world, ranging from environmental degradation to failings in workers’ rights.

Sutherland felt the global order needed reform, but remained hugely committed to globalisation, European integration and to the multilateral approach to managing trade, where agreements and disputes are handled by the WTO. Both these agendas are now under threat, with president Trump taking aim at the WTO and Brexit casting a shadow over the EU.

Sutherland’s death comes at the start of a year when the real economic impact of the Trump election and the move to Brexit may start to become clear. His experience brought one key, down-to-earth, perspective. It is the enormous difficulty of negotiating trade agreements, because they are just so horrendously detailed and complex.

He clearly pointed to the huge difficulties of Britain negotiating new trade arrangements, particularly with the “total confusion” on what it is looking for. Sutherland understood the sheer slogging complexity involved and the certainty that the UK could not replicate current access to EU markets if it left the trading bloc.

Beyond this, he pointed out, the UK would also need to renegotiate trade deals with 60 other countries under which it currently trades on the basis of existing EU agreements.

We all know that this could collapse in political acrimony. But it could also collapse under the weight of its own complexity. The Uruguay Round negotiations took four years to get started and seven years to conclude. The EU/Canada trade deal took seven years to negotiate.

Britain says it wants a “bespoke” deal – as opposed to one identical to Canada or Norway – but the more that is put on the table, the more complicated it all becomes.

Sutherland’s talent meant he got the Uruguay Round done and the WTO established. Somehow in a complex series of trade-offs involving developed and developing countries, textile and steel manufacturers, farmers, service industries and many more, it all happened. Having covered it for four or five years, I felt I had only skated across the top of its complexity.

Now the Brexit talks are heading into similar territory. Phase two of the talks, starting with a transition deal and moving on to principles for future arrangements, will make the first phase look straightforward.

Like Sutherland, the negotiators will be confronted by a mountain of documents. And the certainty that if they aren’t’ confused, then they haven’t been listening.