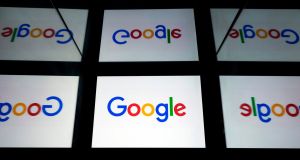 The OECD has proposed a global shake-up of corporate taxation, overturning a century of rules that had allowed digital groups such as Facebook, Apple, Amazon, Netflix and Google to shift profits around the world to minimise their tax bills. The move is likely to put an unwelcome spotlight on the corporate tax take in the Republic.

The proposals, which were unveiled on Wednesday after months of behind-the-scenes negotiations, are aimed at extracting more corporate tax from large multinationals whether they are digital or own highly profitable brands, such as luxury goods makers or global car companies.

The winners would be large countries including the US, China, UK, Germany, France, Italy and developing economies. These would see an increase in their rights to levy tax on corporate income earned from sales in their territories, while the companies themselves, tax havens and low tax jurisdictions such as Ireland would lose.

The aim, the OECD said, was to create a new and “stable” international corporate tax system because “the current rules dating back to the 1920s are no longer sufficient to ensure a fair allocation of taxing rights in an increasingly globalised world”.

The OECD had indications over the summer that its proposals were likely to win support from the leading global economies and this, it hopes, will persuade countries not to go down a unilateral route with domestic digital sales taxes, such as that proposed by France and the UK, which would further inflame global trade tensions.

The Paris-based international organisation is seeking agreement in principle from the G20 by the end of January so that it can work up detailed rules.

The main problem it sought to address was that multinationals, whether they were the digital giants or had very profitable intangible brands, could shift the profits to low-tax jurisdictions such as the Republic, leaving little corporate tax revenue for large economies to collect despite most of their business activity taking place in these economies.

It has proposed breaking a taboo in international corporate taxation that countries only had a right to tax activities from companies that had a physical presence on their soil.

Instead, the OECD proposed that countries should have a right to tax a proportion of the global profits of highly profitable multinationals wherever these might have been shifted around the world.

It would enable France, for example, to tax an element of the sales of Google to French advertisers and the US to have greater taxing rights over the profits attributable to the brands of the French luxury brand company LVMH related to the sales in America.

Emerging and developing economies would gain taxing rights over these companies for the first time because although the multinationals sell and market products widely in their jurisdictions, they often have no physical presence.

“In a digital age, the allocation of taxing rights can no longer be exclusively circumscribed by reference to physical presence,” the OECD said in a consultation document published on Wednesday.

The proposal would give countries two new taxing rights. First, for consumer-facing companies and digital businesses, they would allow countries to tax a proportion of the global profits of large multinationals, ending the ability to shift profits to escape taxation.

The OECD is consulting on what would count as a “residual profit” which would be open to this form of taxation, but the tax base would be the sales of the global group in any country.

Second, for emerging economies where multinationals sell but have no presence, there would also be a right to tax the distribution activities of products on an assumption of a reasonable fixed rate of return.

Countries and the affected large multinationals should have access to “legally binding and effective dispute prevention and resolution mechanisms”, the OECD proposed.

It envisaged there will be big international fights to come on the exact parameters of the new rules, which would have thresholds for size and profitability before companies would face these new rules, but officials in Paris said there was now an emerging consensus in favour of the approach.

It made the proposals as a response to the US, Europe and emerging economies seeking to promote three incompatible and contradictory solutions to the same problem. – Copyright The Financial Times Limited 2019

1 Mortgage breaks will not be extended beyond this week
2 Three Ireland switches on 5G network around the country
3 Former junior minister Michael D’Arcy did not contact ethics watchdog over new job
4 Pilita Clark: The looming legal minefield of working from home
5 State should use Covid-19 impact on building costs to build homes
6 Dublin-based ID-Pal raises €1m in funding as it looks to expand
7 More financial firms setting up or expanding in Ireland despite Covid-19
8 New car prices could rise by up to €10,000 if taxes increase in budget
9 Am I paying too much for my buy to let mortgage?
10 Chris Johns: Boohoo exposed on pay and conditions in digital economy
Real news has value SUBSCRIBE