Number on Live Register at lowest level since July 2008 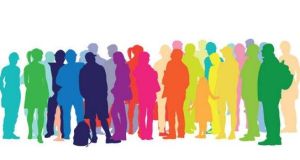 On a seasonally-adjusted basis the latest Live Register shows a monthly decrease of 2,100 men and 1,000 women in April. Photograph: Getty Images

The number of claimants on the Live Register fell again last month, mirroring the drop in unemployment.

The latest monthly figures from the Central Statistics Office (CSO) show the number of people signing on dropped by 3,100 (1.3 per cent) in April, bringing the seasonally adjusted total to 229,600, its lowest level since July 2008.

Unemployment fell to a new post-crash low of 5.9 per cent in April, according to separate figures from the CSO published this week, and has now declined by nearly 10 percentage points from the the 15.9 per cent recorded in December 2011.

On a seasonally-adjusted basis the latest Live Register shows a monthly decrease of 2,100 men and 1,000 women in April. The number of long-term unemployed people on the Live Register at the end of April was 92,709, which equated to an annual fall of nearly 17 per cent.

There were 48,127 casual and part-time workers on the register, which represented 21.5 per cent of the total.

A breakdown of the figures shows craft workers remained the largest occupational group on the register, accounting for 17.6 per cent, despite the fact that the number in the group fell over the year by 8,625 to 39,454.

Major credit union plans to limit savings accounts to €40,000 05:00
Bad posture working from home easy to acquire 05:00
Wild Geese: ‘I love to introduce and inspire people of all ages to the mountains and cliffs’ 04:05
How virtual reality can help real-life recruitment 04:00
John FitzGerald: Backing EU tax plan could be politically wise 03:45

1 Angela Merkel sweeps in to save the euro zone
2 Penneys will not reopen on Monday despite expected changes to lockdown rules
3 Don’t expect a bonanza for Ireland from the EU’s €750bn recovery cash
4 Biopharma company founder named EY World Entrepreneur of the Year
5 John FitzGerald: Backing EU tax plan could be politically wise
6 ‘I’m so lucky to be in the Caribbean – a million miles from Derry Girls’
7 Pandemic payment may be tapered based on previous earnings
8 Supermarkets see fastest pace of sales growth in 15 years
9 In a world deluged by plastics, a giant factory rises to manufacture more
10 A million beers await drinkers as Europe's bars reopen
Real news has value SUBSCRIBE