Noonan to persist in push for banking debt relief 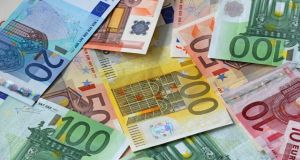 Minister for Finance Michael Noonan will continue to press the case for direct recapitalisation of Bank of Ireland and AIB when euro zone finance minister meet later this week in Luxembourg, despite receding political support in the euro zone.

“The rules as we have adopted them are forward-looking, so I see no case for retroactive application,” he said.

The powerful euro working groupof senior officials based in Brussels signed off on the framework for direct bank recapitalisation last week, following agreement by finance ministers a year ago. While the provision to consider retroactive direct bank recapitalisation on a “case-by-case basis” is understood to remain, senior EU sources said that political support for Ireland’s claim for debt relief through the fund was negligible.

“The idea that Ireland’s bank debt would be put on the balance sheet of the ESM is very unlikely,” said one EU source. “The whole point of the ESM direct bank recap facility is that it is used in an emergency, if a bank is in trouble, and only when other categories of creditors have been bailed-in.”

The Department of Finance stressed this evening the agreement “keeps open the possibility to apply to the European Stability Mechanism for a retrospective direct recapitalisation of the Irish banks, should we wish to avail of it.”

The ESM is the only “mutualised” fund in the euro zone, and there is a strong reluctance from members to use the fund to bail-out individual states. The renewed focus on the ESM direct recapitalisation instrument comes less than a week after the European Commission launched an investigation into the tax deal offered by Ireland to computer giant Apple.

The issue is also expected to be raised by German MPs visiting Dublin this week. Speaking in Limerick today, Mr Noonan ruled out any link between Ireland’s corporate tax rate and further debt relief.

“That link has never been made to me and I am a few years going out to Europe, ” he said.