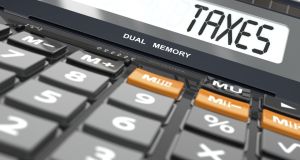 Multinationals are looking to tap into alternative corporate tax avoidance measures even after the final phasing out of the much criticised “Double Irish”, according to a new report.

Tax advisers are pointing clients to what is being called a “Single Malt” arrangement, aid agency Christian Aid says.

Essentially, where Double Irish saw income – such as royalty fees on intellectual property (IP) – transferred to Caribbean tax havens, the Single Malt directs profits to countries with which Ireland has a double taxation agreement but which do not have any corporation tax. These include the likes of Malta and the United Arab Emirates.

Ireland has 73 double taxation agreements with countries across the world. Critically, the provisions of such accords override Irish domestic tax law.

Then minister for finance Michael Noonan bowed to international pressure when he pulled the plug on the Double Irish in his 2015 budget.

“I am abolishing the ability of companies to use the ‘Double Irish’ by changing our residency rules to require all companies registered in Ireland to also be tax-resident,” he said, although he did allow a three-month window for companies to tap into the arrangement before the loophole was closed, after which they would benefit from the scheme for a further five years.

However, many of the tax treaties retain the concept of “place of effective management” under which Double Irish flourished. These were unaffected by the change announced by Mr Noonan.

The loophole was spotted early by corporate lawyers, including Jeffrey Rubinger and Summer Ayers LePree, who wrote just over a week after Mr Noonan’s ending of the Double Irish: “It should still be possible to achieve the same results [as the Double Irish] using a company managed and controlled in Malta or the UAE, rather than a Caribbean state.”

The Government has made no move to close the loophole since then. Christian Aid says “place of effective management” features even in tax treaties signed since the new residency rules were put in place. The agency says that status can be satisfied by holding occasional board meetings in the country named.

“Though multinationals with existing Double Irish structures may not restructure until closer to the 2021 deadline, a preliminary search of the Irish and Maltese company registries show at least four multinationals which, since October 2014, have already established such IP holding structures with Irish-registered but Maltese tax resident companies,” Christian Aid says in its report, naming LinkedIn and its parent Microsoft, as well as Zetiq Aesthetics, a Californian weight loss company that is part of pharma group Allergan.