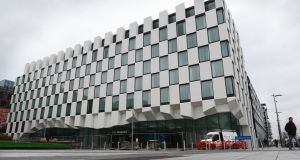 With a portfolio of almost 2,300 apartments and a reach right across the city of Dublin, Ires Reit has emerged as Ireland’s largest non-Government landlord.

The trust For years Ireland’s biggest private landlord was possibly someone owning hundreds of apartments and bed-sits in the Rathmines area. Now it’s an Irish listed property investment company. Since the introduction of legislation a few years ago allowing for the pooling of properties into so-called real estate investment trusts (reits), Ires has emerged as the country’s largest non-Government landlord.

Listed on the Irish Stock Exchange, Ires is backed by Canadian property investment group Capreit, with 30 employees in Dublin managing its portfolio.

Ires Reit launched in 2014, and has built up a portfolio of 2,288 apartments across Dublin, with an annual rent roll of about €40 million.

What it owns Entering the market in 2014, Ires took advantage of the sale of large apartment blocks across the city by vendors such as Nama and the banks, to quickly build up a hefty portfolio of apartments. Its portfolio stretches from Priorsgate in Tallaght where it owns 102 out of 198 apartments in the complex, to The Marker on Dublin’s docklands, where it owns 84 out of 105 apartments, and South Central, Rockbrook in Sandyford, south Dublin, where it owns 189 out of 224 apartments.

But its reach probably won’t stop there. In its most recent financial results, Ires said that it has capacity to spend some €150 million on further acquisitions – or developments. Indeed Ires has already started building a further 68 apartments at Beacon South Quarter in south Dublin, to be called The Maple, while at nearby Rockbrook, Ires says a further 450 apartments can be built. In the absence of significant new developments across the capital, Ires is likely to be a significant player – but only in the rental market.

It is not the only significant landlord Ires Reit is not the only professional investor actively acquiring large numbers of Dublin apartments. US fund Kennedy Wilson for example, owns more than 700 apartments in the capital, including the 210-apartment Alliance Building, part of the Gasworks in Dublin 4, as well as 423 apartments in Clancy Quay, while Hibernia Reit has 213 apartments at Wyckham Point in Dundrum, south Dublin. Property funds including Ires are estimated to account for about 6 per cent of the rental market in Dublin.

The success of Ires has come at a time when more Irish people are renting homes. This shift – as well as the much-publicised shortage of rental properties – has helped Ires achieve almost 100 per cent occupancy rates.

How have rent restrictions hit Earlier this year new legislation allowed rent increases only every two years (up from every year). Already, this is helping tenants in properties owned by Ires Reit – in the first six months of 2016, for example, less than 10 per cent of its properties were eligible for rent increases, compared with 50 per cent in 2015.

However, it does not mean that rent increases are off the table.

High turnover rates equals higher rents With high turnover rates – about 12 per cent of apartments turned over in the first six months of 2016 – Ires Reit is free to push up rents each time it agrees a new rental contract. And it managed to secure “strong rental growth” in these renewals so far this year.

As the table shows, in the first six months Ires Reit secured rental hikes of 12 per cent at its properties in The Marker and Bessboro in Terenure, and 9 per cent at Beacon South Quarter in Sandyford. On an annual basis, rents have soared by as much as 16 per cent at The Marker, up from €2,283 in June 2015 to €2,638 in June 2016. Such increases can set a level in certain areas, which other landlords may then aspire to.