High and middle earners paying more tax than before crash 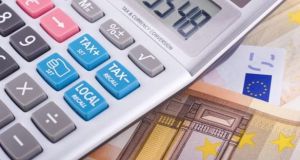 At a salary level of €75,000, taxpayers here are paying rates close to those in France and more than €4,500 more tax than their peers in the UK. Photograph: Tobias Kaltenbach/Getty Images/iStockphoto

Middle and higher-income earners still pay more tax than they did seven years ago despite moves to unwind the various austerity measures imposed during the crash, according to the Irish Tax Institute (ITI).

In a prebudget report, the institute said that while the personal tax burden had come down in recent budgets, many Irish workers were paying effective rates that were significantly higher than their equivalents in other countries.

Its principal criticism of the current code is that workers here begin paying higher rates of tax too early and that the burden increases too sharply as income levels rise, effectively making it less attractive to earn more.

It noted that income tax doubled on each additional euro earned after €33,800, even though this rate of pay was less than the average industrial wage.

“This early jump into the higher rate” skewed the system in favour of certain groups, the lobby group said. 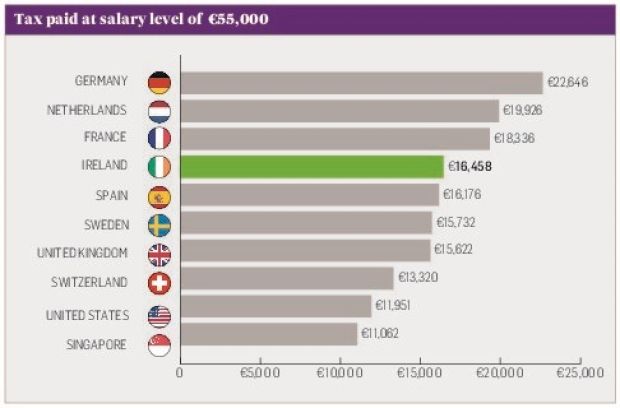 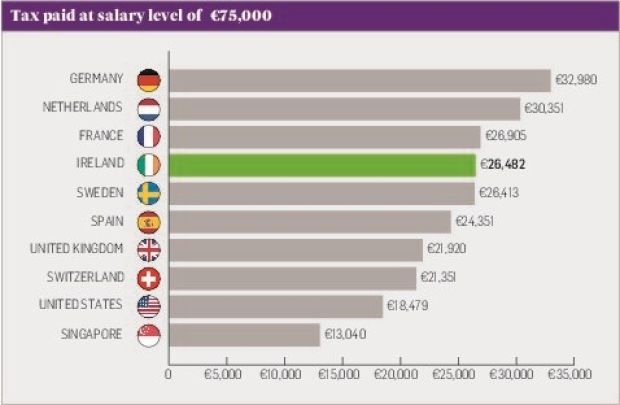 At a salary level of €75,000, taxpayers here are paying rates close to those in France and more than €4,500 more tax than their peers in the UK.

As a result of these “peculiarities”, the top 50 per cent of Irish income earners, those earning above €30,000, paid over 96 per cent of the personal tax take.

Ireland’s “high rate meets low entry point” combination was “at the heart of our personal tax problem,” the institute said.

The system had squeezed middle and higher-income earners, impacted the State’s competitiveness and created issues around the incentive to work, labour costs and the State’s ability to attract talent and skills.

“Progressivity is about proportionality not about absolute euro amounts. People can receive less in euro terms in a budget but gain proportionately more,” the report said.

The group also highlighted how self-employed people, who make up about 328,000 of the workforce, were treated differently than employees in having to pay a USC surcharge of 3 per cent on income above €100,000.

“The budget-by-budget approach to personal taxes over nine consecutive budgets has led to some unintended consequences in the personal tax system and has created peculiar traits across all salary levels; including lower, middle and higher income levels,” ITI president Mark Barrett said.

“It is important to have context and to recognise that Ireland’s progressivity is second only to Israel in the OECD,” he said.

Mr Barrett said there was a universal appreciation that “needs must and that in the early years of the crash a blunt approach to increasing tax yields was essential”.

However, the combined impact of those changes and the way they have been “to some extent” unwound has left some interesting traits on the Irish personal tax system, he said.