Mortgage relief of up to €20,000 will be available to owner occupiers in new builds 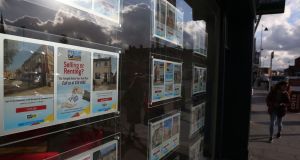 When can I have one? The help-to-buy rebate scheme applies to homes bought since July 19th, 2016, but Revenue will not start processing applications until January 1st, 2017. Photograph: Brian Lawless/PA Wire 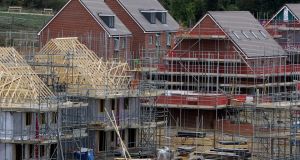 A large part of the new relief scheme is about getting the construction sector to build more homes. Current production is well below demand. Photograph: Gareth Fuller/PA Wire

The help-to-buy incentive has been the focus of attention in the wake of Budget 2017 but considerable confusion surrounds the practicalities of how the relief will work.

What are the basic rules of this new relief?

Put simply, you must be a first-time buyer, your mortgage must be for at least 80 per cent of the value of the property, the property cannot be valued at more than €600,000, it must be newly built – ie no secondhand homes – and buy-to-let properties are excluded, so you must live there yourself.

And how much will I get?

You can apply for a rebate of income tax paid over the four years prior to the year in which you’re buying the property. So if you are buying this year, the relevant years are 2012-2015. The relief is granted as 5 per cent of the value of the property up to a maximum of €20,000. That means you can get relief on the first €400,000 of the purchase price.

I only came back to Ireland last year. Must I have paid four years of income tax to apply for a rebate?

You can apply if you have even one year of tax paid. You may not get a full rebate – it depends on how much tax you paid - but you could get some relief.

When does the relief kick in?

It applies to all newly-built homes for which contracts have been signed on or since July 19th last.

Does it cover self-builds?

You can claim the relief on self-built homes. In that case, the relevant date is when the first tranche of your mortgage was drawn down.

When can I apply and to whom?

Applications will be made to Revenue – but not yet. Although the relief applies to any homes bought since July 19th last, the system will not be up and running until January 1st next.

The precise form of the application is not yet clear but Revenue has said that those seeking the rebates will be obliged to file tax returns.

I’ve never filed a tax return. What’s that about?

Most PAYE taxpayers don’t routinely file tax returns unless they have non-PAYE income to disclose or additional reliefs to claim. However, Revenue says all help-to-buy applicants will have to file a Form 12 (the annual return for PAYE taxpayers) for each of the four years in which they want a rebate of their income tax to show they are fully tax compliant. To do so, they will first need to register with MyAccount, the Revenue’s online tax portal.

What exactly can I claim my rebate against? All my taxes?

The rebate can be claimed against any income tax and DIRT paid but you cannot claim a rebate of universal social charge (USC) or PRSI.

Will the rebate come in a lump sum and how long will it take to process approximately?

Yes, the rebate will be in a lump sum. The Department for Finance says it is not possible at this stage to estimate precisely how long it will take to process. “However, the intention is for applications to be processed quickly and efficiently so as not to delay or affect in any way the purchase of the property,” the dartment has stated.

Why must I take an 80 per cent mortgage out? I was trying to keep my mortgage as low as possible.

The Government view is that anyone who can afford to bear a bigger share of their mortgage is not in real need of support.

My partner is a first-time buyer but I am not. Are we eligible?

No, you’re not. Long-standing rules on first-time buyers set down that all parties to the purchase must be first-time homeowners. If anyone signing the contract has previously owned a property, no first-time relief applies.

Most new builds are miles from the centre of town. Why can’t I buy a second-hand home?

A large part of this relief is about getting the construction sector to build more homes. Current production is well below the demand for additional homes from a growing population in an average year. Secondhand homes are out.

What about a property built in 2008 but never occupied?

Final details will only emerge later this month in the Finance Bill but the department says a new-build is a property that has not been occupied before, which would seem to indicate it might be okay.

Will I be restricted in what I can do with my home if I take a rebate?

Revenue has disclosed that there will be a clawback arrangement under which it will coming looking for some of your rebate if you stop being an owner occupier of a property under the scheme, ie you rent out the property. The same goes if they find out you were economical with the truth on any previous property ownership or were not fully tax compliant. And if they do seek a clawback, it won’t just be you on the hook. The Revenue says the homeowner(s) and the developer will be jointly and “severally” liable.