Some 25 settlements worth €8.49m made in three months to end of June 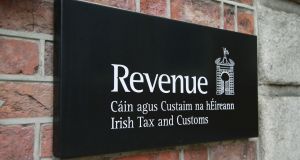 Two tax defaulters in the latest list from Revenue had failed to pay their settlements, which amounted to more than €1 million each, by the end of June, data shows.

Revenue’s list of tax defaulters for the second quarter of this year was released on Tuesday afternoon.

Haulier Colma Mary Moore, with an address at Sharon Avenue on Browneshill Road in Co Carlow, had the largest unpaid settlement of €1.16 million following a revenue audit. Unpaid tax amounted to €586,000, with the remainder in interest and penalties after Revenue found an under-declaration of income tax and VAT.

Separately, Tarlú Thigh An Raoilinn Teoranta, a haulage company with the same address as Colma Mary Moore, had paid a settlement of €274,421 at the end of June.

Elsewhere, property developer Tuskar Property Holdings Limited, now in liquidation, failed to pay €1.01 million by the end of June after a Revenue audit found the company hadn’t declared PAYE, PRSI or USC and had under-declared VAT.

That company was listed as a secretary to Hynes Jewellers (Wexford) Limited, which is also in liquidation. Hynes Jewellers, with an address on Wexford’s main street, failed to pay a settlement of €437,673 by the end of June.

That also followed a Revenue audit, which found a non-declaration of corporation tax, among other things. Associated company JW Fashions Limited, also in liquidation, failed to pay €627,684 following a Revenue audit.

Earlier this year, liquidator Myles Kirby was granted, on a one-side-only-represented basis, an interim asset freezing order against former accountant Alan Hynes and his cousin Frank Hynes, arising out of the liquidator’s investigations into Hynes Jewellers, JW Fashions and Tuskar Property Holdings. In July, Mr Hynes agreed not to reduce his assets below €2.46 million or transfer, encumber or otherwise deal in assets relating to the three companies.

Another large unpaid settlement from the end of June came from Solas-Galway Picture Palace Company Limited, now in liquidation. It owed €821,353 at the end of June.

The largest settlement that was paid in this round of tax defaulters came from Dr Kevin Hickey Unlimited, a medical service provider with an address at Ascot Terrace, O’Connell Avenue, Co Limerick. The company paid €1.2 million after a Revenue audit found that more than €622,311 in tax had not been paid.

Elsewhere, freelance journalist Andrea Smith, with an address of Fortunestown, Tallaght, had a settlement of €75,586 following a Revenue investigation that found a non-declaration of income tax. Almost €54,000 of that was still owed at the end of June.

In total Revenue made 25 settlements arising from a careless or deliberate default of more than €8.49 million in the period. There were 10 cases for which the settlement was not fully paid as of June 31st, amounting to €4.8 million.

During the three-month period, Revenue said there were a total of 345 Revenue audit and investigations, together with 10,786 risk management interventions settled, resulting in a yield of €85.8 million in tax, interest and penalties.