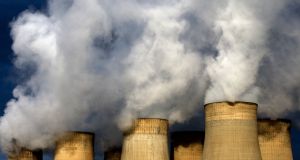 Everybody in Ireland pays some tax but it is not necessarily the person who pays over the tax to the Revenue Commissioners who suffers the loss of income. Retailers may pass on the cost of VAT in higher prices to consumers and employers may raise incomes to compensate for some of the taxes paid on employees’ incomes.

So, while the individual may appear on paper to be paying all the relevant tax, in practice some of the burden may be shifted to other businesses or consumers. Economists spend some time working out who really pays a tax – where does the incidence really lie?

The key factor determining who really pays a tax is the nature of the market in which the good or service is bought and sold. In the labour market, a lot depends on how sensitive employees are to what happens to their after-tax income. Are they likely to work less or more, to give up working, choose to migrate, or to return to work depending on the tax on their incomes?

How businesses respond to a change in taxes on labour incomes also depends on whether they can pass on an increase in labour costs by charging higher prices, or whether they are in a highly competitive market where a rise in price may cost them a lot of business, or even force them to close or to move country.

In many countries, the supply of labour – the decision by individuals as to how much they will work – is not very responsive to after-tax wages. However, there are two groups of potential employees more responsive to what they are paid – emigrants and couples with children.

Over decades, the Irish experience has been that young people will emigrate if they cannot get a job in Ireland or if their real after-tax earnings abroad are significantly higher than they can get at home.

For couples with children, the cost of paying for childcare is a significant factor. If a second earner’s after-tax income isn’t sufficient to pay the childcare costs involved in working, then one partner, usually the woman, may drop out of the workforce.

The fact that the labour market behaviour of many employees is sensitive to net earnings means that, in the long run, their bargaining power with employers is pretty strong. As a result, over time, wage rates tend to compensate for any changes in taxes on income.

In the long run, it’s more likely to be businesses that benefit from any reduction in income taxes, or to carry the cost of an increase in tax rates. Thus taxes on income tend to have adverse effects on output and employment through their effects on the competitiveness of businesses. Similarly, in the case of indirect taxes like VAT, who ultimately bears the burden of the tax will depend on the nature of the market – how sensitive buyers are to changes in price, and what kind of market conditions sellers face.

Likewise, business will reap some of the benefits of a tax cut, which will only be partially passed on to consumers. Thus the reduction in recent years in the VAT rate for tourism-related services was only partly reflected in a price reduction; it also resulted in a higher profit margin for those supplying the service.

Because income taxes in Ireland tend to dampen output and employment below what it might otherwise be, there is a case for some switching from income tax to other forms of taxation. Taxes on property or on energy are likely to have a smaller impact on labour market behaviour, and thus be better for economic output.

The size of your property tax bill doesn’t directly impinge on how many hours you choose to work because it doesn’t vary with your income. Property taxes also serve to dampen property prices below what they would otherwise be. Thus a shift from taxes on income to property tax would tend to increase output and employment in the long run.

Carbon taxes – which hit fossil fuels such as turf, coal, oil and gas – can help reduce consumption of these items and lower greenhouse gas emissions, but they leave decisions on labour supply relatively unaffected. Thus a shift from taxes on income to taxes on carbon could also lead to a win-win situation which is good for the environment and good for employment and output.

The focus of election debate has been more on reducing taxes on income than about changing the composition of the tax take. There are potential economic and environmental benefits to changing the balance struck between taxes on carbon or property and taxes on income, even with unchanged overall tax take.

9 Empathy: the secret ingredient in innovation