ECB has cut its main interest rate to zero, taking the financial markets by surprise as it unveils a major effort to boost the euro zone economy. What impact will the move have on your pocket? 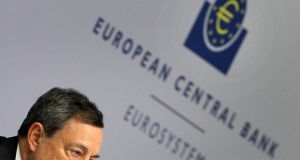 ECB president Mario Draghi. The ECB has cut its main interest rate to zero , taking the financial markets by surprise as it unveils a major efforts to boost the euro zone economy. 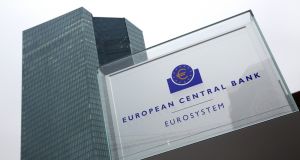 The ECB has cut its main interest rate to zero , taking the financial markets by surprise as it unveils a major efforts to boost the euro zone economy.

The ECB has cut its main interest rate to zero, taking the financial markets by surprise as it unveils a major efforts to boost the euro zone economy. As well as cutting its main refinancing rate to zero, it has cut the rate it pays banks to deposit money with it and announced an aggressive expansion of its quantitative easing programme.

The ECB also announced that more corporate bonds from the non-financial sector would qualify for the programme and also the provision of additional long-term finance to banks at low cost.

While the cut in the main refinancing rate to zero is small- it was previously 0.05 per cent – the move to cut this rate is symbolically important. It will also mean small gains for tracker mortgage holders, whose loans are tied to this rate, though monthly savings will be small. Pressure will also increase on the banks to cut other borrowing rates. Meanwhile deposit rates will remain at historic lows and some could be trimmed further.

The cut in the deposit rate further into negative territory was widely anticipated, though it had met some opposition from senior European bankers who warned this would squeeze their profits. The ECB also announced it would increase its monthly quantitative easing programme by €20 billion to €80 billion a month. The extent of the ECB move, which took the markets by surprise, sent the euro down sharply initially. However after the ECB press conference, when president Mario Draghi indicated that further cuts in the deposit rate were not anticipated, the euro rallied sharply to trade about 1 per cent higher on the day.

A rally in stocks fizzled after Mr Draghi indicated that the cuts to lending rates would be the last and by late afternoon European stocks were trading lower. The volatile reaction is a signal of market uncertainty about whether the ECB can succeed in reviving the euro zone economy.

Bond markets were exceptionally volatile. The yield on Irish 10-year bonds fell to below 0.8 per cent as the interest rate move was digested by the market, but has since climbed back sharply in tandem with other markets. By late afternoon Irish 10-year yields had risen to well over 0.9 per cent, an unusually large swing for one day’s trading.

1 Berkshire Hathaway profits surge despite $10bn writedown
2 Facebook content moderator lodges High Court action
3 Financial ombudsman warns consumers of attempted scam
4 MSD buys Takeda biologics plant in Dunboyne
5 Chris Johns: Digital equality must be moved up the priority list
6 Wirecard was looted before collapse, German prosecutors suspect
7 ‘Saudi Arabia is where the opportunities will happen in future’
8 DCU in AirSpeed Telecom WiMax trial
9 Ten of the most mysterious aircraft disappearances
10 So you want to invest in the stock market: what will it cost?
Real news has value SUBSCRIBE