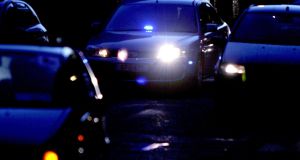 Dublin ranks 19th in an index of “smart cities” by Bank of America Merrill Lynch, which forecasts that the market for “smart” technology and infrastructure used in the world’s most advanced urban areas could expand to $1.6 trillion (€1.49 triliion) by 2020.

The market for disruptive technologies in industries from energy to security and mobility is $1 trillion in size today, the bank estimates.

The investment bank lists more than 250 publicly quoted companies – including “highly” exposed stocks, such as IBM, Intel and Cisco Systems – that are poised to benefit from the rise of smart cities.

In a new report, designed as a “primer” for investors who want to explore smart cities as an investment theme, the bank said it anticipated fast growth for technologies such as 5G telecoms networks, artificial intelligence, building automation, cleantech, cybersecurity, electric and self-driving vehicles, the internet of things, sensors, surveillance and voice assistants.

The report ranks Singapore, London, New York, Paris and Tokyo as the world’s smartest cities, with Dublin sandwiched between Auckland and Sydney in 18th and 20th place.

Dublin ranks 19th in terms of the highest gross domestic product (GDP) per capita, with GDP valued at $63,600 per capita. The Swiss city of Zurich was in first place with a GDP of $82,410 per capita, according to Brookings Institution figures quoted in the report.

Dublin also ranks 25th on the UN-Habitat’s City Prosperity Index, a tool to compare cities “on the prosperity path”.

‘Slower than a horse and cart’

However, the Irish capital is the slowest-moving major city, the report notes, citing INRIX 2016 Traffic Scorecard data that found its traffic moves at just 7.5km per hour during congested periods, with peak hour speeds of 5.5 km per hour, “slower than a horse and cart”.

Some 55 per cent of the world’s population now lives in cities, and this figure is expected to grow to 70 per cent by 2050. Cities themselves are becoming denser.

But, as a phenomenon, cities are a mass of contradictions. While urbanisation has been a major positive factor in the economic development of countries, the rise of megacities also poses and exacerbates problems such as air pollution, crime, energy waste, homelessness and traffic congestion.

A recent UN-Habitat report also concluded that three-quarters of the world’s cities have higher levels of income inequality than two decades ago.