Can it defend formula it has presented for calculating what US tech giant owes? 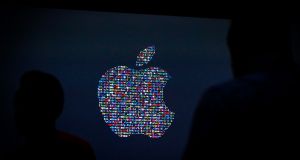 The European Commission has accused the Irish Revenue Commissioners of having no proper technical basis for tax rulings made in relation to Apple in 1991 and 2007. Photograph: Gabrielle Lurie/AFP/Getty Images

The European Commission faces one big job as it presents its ruling on Apple. Can it defend the formula it has presented for calculating what Apple owes?

The commission has accused the Irish Revenue Commissioners of having no proper technical basis for tax rulings made in relation to Apple in 1991 and 2007. In fact, its preliminary findings were that a kind of reverse engineering went on, under which both sides worked out how much tax Apple would pay, and a way was then found to achieve this.

But has the commission itself managed to come up with a defendable basis for what the bill should have been? The Government here will claim, with some force, that it has not and that its action in trying to do so is unprecedented and has no sound legal basis.

As the commission’s own deliberations have dragged on and on, and huge pressure from the United States has already been applied, it remains to be seen whether the competition directorate has come up with a clear formula which has a legal basis that will stand up in the European Court of Justice, which is where this is all going to end up.

It will face intense pressure in the days ahead of explaining the basis for its decision, with tax and legal experts immediately searching for holes. It remains to be seen just how robust the conclusions prove.

That is not to say that Ireland does not have a case to answer in the way Apple has been treated. Ministers and officials have tended to dismiss the investigation out of hand, rather than engaging in the detail of what actually happened. A key part of their response will be that the many of the key tax reliefs used by Apple and other US multinationals have now been closed off.

Really what is going on here is a fight for tax dollars. The US wants more tax from its companies, and other European countries will argue that some of the tax which Ireland will be asked to collect actually should be going to them.

Apple, meanwhile, will say that it has applied the letter of the law. It is a mess, and how on earth the European courts will deal with it is anyone’s guess.